Ashley Hebert and J.P. Rosenbaum are selling their family home amid news of their separation after eight years of marriage.

The season 7 Bachelorette alums, who tied the knot in Pasadena, California, in 2012, moved into the four-bedroom, two-bathroom home in 2016, according to property records. In an interview with the Florida Villager in 2018, the then-couple explained that they decided to move their growing family to Florida from the Northeast in search of better weather and "a more family-focused community."

Hebert, a pediatric dentist, is originally from Maine, while Rosenbaum, a real estate broker, is a native New Yorker. They share son Fordham Rhys, 6, and daughter Essex Reese, 3.

According to the real estate listing, the one-story home boasts a spacious living room, formal dining room and a bonus room they used as a playroom for the kids. The newly-updated kitchen opens up into the family room, which has glass doors leading to the backyard.

Outside, the 18,606-square-foot lot includes a gated pool, covered terrace and playground for the little ones. The entire property is enclosed by greenery and dotted with palm trees.

Hebert and Rosenbaum shocked fans on Wednesday when they announced that they had decided to go their separate ways after more than eight years of marriage.

The pair announced their decision with simultaneous Instagram posts, revealing that they had already been quietly separated for months.

"It is with a heavy heart that I share with you that, after months of separation, Jp and I have amicably decided to go our separate ways," Hebert wrote alongside a photo of the couple dancing together.

"We created the most beautiful children and shared memories that will never be forgotten. Our differences have taken a toll on our relationship and after years of attempting to repair the damage, we've decided that it is in our family's best interest to create new and separate lives for our children."

"Please respect our privacy as we move forward with the newness of our lives. Our ultimate focus is to create stable and healthy lives for our children," she concluded. "Thank you for your love and support throughout the years. Wishing you all love, happiness, and good health. ❤️"

RELATED VIDEO: Ashley Hebert and J.P. Rosenbaum Split After 8 Years of Marriage: 'Our Differences Have Taken a Toll'

Rosenbaum said that there is "no one to blame" in the decision.

"Please please please know that there is no one to blame, that there's no event that triggered this decision, that no one is the victim, and that we've done absolutely everything we possibly can to try to salvage this marriage," the real estate broker wrote.

"I think we've both come to realize that we are just two very different people, with very different personalities and perspectives, who just don't see eye to eye on a lot life fundamentals, those which are the building blocks for a happy and healthy marriage," he continued.

"We have created the most beautiful, sweet and loving children, and have created so many unforgettable memories that we'll always cherish. Our differences, however, have taken a toll on our relationship and after years of attempting to repair the damage, we've decided that it is in our family's best interest live our lives apart."

The father of two added that he and Hebert's focus will be co-parenting their kids "to the best of our ability and to maintain stable and healthy lives for Fordy & Essie."

The duo renewed their vows in the Caribbean in 2018.

Last year, Rosenbaum was diagnosed with Guillain Barre syndrome, a rare neurological disorder in which the immune system attacks the nervous system. The disease left him temporarily paralyzed and unable to complete regular everyday tasks.

He had to go through frequent physical and occupational therapy and previously said that he is "lucky to be okay." 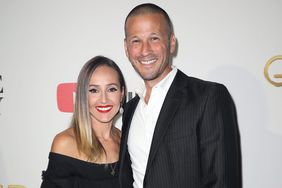 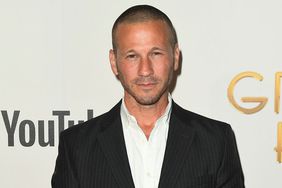 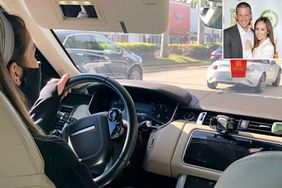 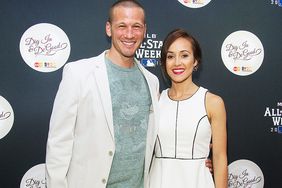 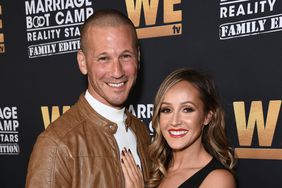