A week after the most dramatic Bachelor finale ever, Arie Luyendyk Jr. and runner-up-turned-fiancee Lauren Burnham have run away together — to Iceland!

Former suitor Luyendyk Jr. has been getting a lot of heat for breaking up with the newly minted Bachelorette Becca Kufrin for Burnham on the season finale of the ABC show. But Luyendyk Jr. and Burnham are forging ahead, and are now in the midst of a romantic trip to Reykjavik.

“Officially fled the country,” Luyendyk Jr. joked on a series of photos with him and his bride-to-be. The two are all smiles in the selfies.

The race car driver-realtor also shared an additional picture on his Instagram with a sentimental caption.

“Posted this because I sent this to my mom and she said she’s never seen me happier,” he said. “So much beauty here in Iceland including this one.”

He continued to share insights into their adventure on his Instagram Stories, capturing the couple’s “cappuccinos in bed,” their rental car and more pictures of the happy duo kissing.

The reality stars appear to have played tourist by driving down the coast, marveling at a black sand beach, exploring rainbow-streaked waterfalls and sneaking mountainside smooches.

Their international excursion comes just days after the two cuddled up at the opening race of the IndyCar season. Despite their highly criticized love story (just ask the state of Minnesota) the two remain hopeful for their future.

“It makes things easier for me knowing that he was able to be with Becca outside of this experience and he still knew that wasn’t what he wanted,” Burnham told PEOPLE. “It gives me confidence in our relationship knowing that he truly wants to be with me and he took this huge risk to make it happen.” 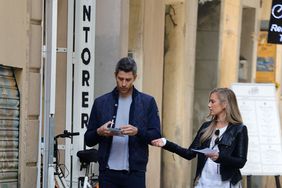 All of the Photos from Arie Luyendyk Jr. and Lauren Burnham's Vacation in Iceland and Barcelona 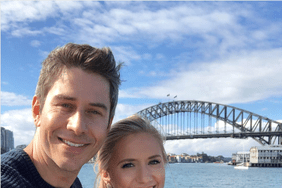 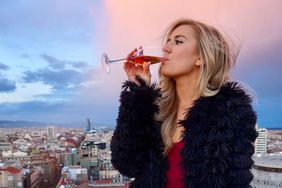 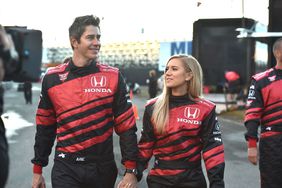 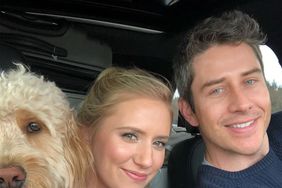 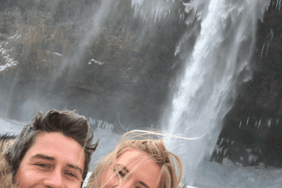