Amy Smart is standing by her husband of six years, Carter Oosterhouse, after sexual misconduct allegations were brought against the HGTV star.

The 41-year-old actress wrote an impassioned message of support for Oosterhouse on Instagram Saturday, captioning a photo of the two of them and their 11-month-old daughter Flora.

“We are in a climate right now where it’s so wonderful and needed to have women coming forward to break their silence; it is vital and important for female equality. Period,” she said. “A lot of the stories are horrific and need to be brought to light. This story, about my husband, Carter Oosterhouse, on the other hand, is now taking it too far and boundaries are being crossed.”

Oosterhouse — who has appeared on TLC’s Trading Spaces (and is slated to star in the show’s reboot in spring 2018) and HGTV shows including Carter Can and Red Hot & Green — was accused of sexual misconduct by a former makeup artist in an article published by The Hollywood Reporter on Thursday.

Kailey Kaminsky, who worked on Carter Can in 2008, told THR in an interview that Oosterhouse, 41, had coerced her into performing repeated oral sex acts during the show’s production. She claims she interpreted his requests as affecting her livelihood, which is why she agreed to a sexual relationship with him. The experiences allegedly led to her hospitalization for depression and her being let go from the show, she said.

But Oosterhouse denies his sexual relationship with Kaminsky as being nonconsensual, stating, “It was 100% mutual and consensual. In no way did I ever feel, nor was it ever indicated to me, that Kailey was uncomfortable during out intimate relationship. I would have never done anything that I was not sure was mutually agreeable.” He also claimed Kaminsky initiated their relations the first time and “the 15 or so times we had relations thereafter.”

In her statement on Saturday, Smart reiterated Oosterhouse’s point. “When you are in a CONSENSUAL RELATIONSHIP, then you need to take responsibility for engaging in that and not play victim,” she wrote. “IF a relationship does not work out the way you want it to, then sorry, but that is the risk you take when getting intimate with another person. There are plenty of relationships I wish I could go back and make different choices about, but it was on me to decide.”

“We need to take responsibility and learn from our mistakes and choices,” she continued. “Women are powerful and we need to be reminded of the strength and power we hold and learn ways to take care of ourselves so we don’t find ourselves saying yes when we really need to say no.”

RELATED VIDEO: ABC Has Pulled The Great American Baking Show Off the Air

Smart said Kaminsky’s claims were “very damaging and cruel to one of the most kindest, loving, non-aggressive men I have the privilege of knowing.”

“I am so sorry for these salacious words being thrown around, they are extremely hurtful,” she said, addressing the media. “This type of reporting needs to stop, it’s so damaging for personal lives and careers and just not fair. Enough is enough, this is a plea to the writers, outlets and media… More due diligence needs to be done before crafting headlines and stories. Have discernment when you tell a story and please consider the source and story before just printing anything to get readers and viewers.”

She ended her note, “#lovethesetwo.”

Oosterhouse told PEOPLE in a statement that he is “very passionate about what is happening right now with the #metoo movement, especially because I have so many strong women in my life, like my wife, mother, sister and of course my little baby girl. We are in a time of change for society and I am behind it 100%.”

His latest TV project, ABC’s The Great Christmas Light Fight, will air on the network on Monday as scheduled. He’s served as a host and judge on the annual program since 2015, alongside fellow HGTV regular Taniya Nayak. The series, now in its fifth season, follows neighbors as they compete to decorate their homes with elaborate display of holiday lights and win a $50,000 prize. 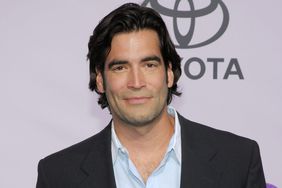 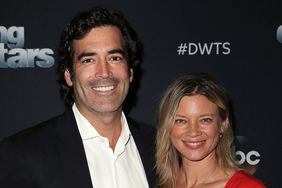 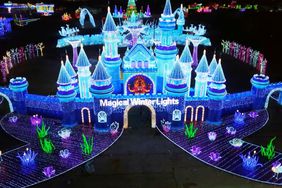 'Mega-Trees' and Millions of Bulbs! These are the Craziest Christmas Light Displays in America 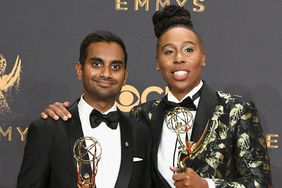 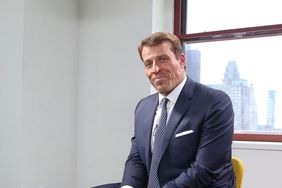