Kris Jenner's Massive Massage Chair That Made Her Cry Out in Joy Costs Nearly $5,000

The momager was spotted lounging in a truMedic InstaShiatsu Massage Chair

Kris Jenner is living in the lap of luxury in her new massage chair.

The Kardashian-Jenner momager, 63, was seen lounging in a high-end truMedic massage chair on Sunday’s episode of Keeping Up with the Kardashians, and had high praise for the machine.

Much to the chagrin of daughter Kylie Jenner, Kris moved her $4,699 InstaShiatsu+ Massage Chair MC-2000 right behind Kylie’s desk in her Kylie Cosmetics office.

“Mom, what are you doing in here?” Kylie asks Jenner in the episode, which Jenner shared a clip of on her Instagram (below).

“I’m getting a massage!” she responds. “This is my new massage chair.”

Despite Kylie’s reluctance at having the massive chair situated in her office, Kris squeals with delight as she gets her massage.

“Oh my god, this feels good!” she cries.

The truMedic website bills the chair as a “relaxation experience” that uses airbag technology moving in waves to mimic real hand movements.

The Kardashian Kids’ Most Expensive (and Amazing) Toys, Clothes and Accessories

It also reclines into zero-gravity position so users can “experience weightlessness and relieve pressure off the lower back.”

The chair ⁠— which has 3D rollers that move in three axes to cover a wide surface ⁠— comes with a remote control so users can customize their experience, and a Bluetooth hookup to listen to music, audiobooks and more while getting their massage.

It currently has five five-star reviews, one of which raves, “This has saved my life! Back problems no more!”

It’s not the first time Jenner has sung the praises of truMedic; in 2018, she gave each of her daughters foot massagers from the company, and wrote on her Instagram Story that she loved the product.

The InstaShiatsu+ is far from the first luxury home item the Kardashian-Jenner family has shown off.

In April, Kim Kardashian West revealed her basin-less sinks, which construction pro Tamara Day of HGTV’s Bargain Mansions estimated cost the star at least $27,750. Kris previously revealed on Twitter that she believes Kim and husband Kanye West’s house to be worth $60 million.

Kylie recently opened her home to Architectural Digest in a feature that spotlighted, among other amenities, a massive swing hanging in her living room and dining chairs color-matched to shades from her Kylie Cosmetics Lip Kits. 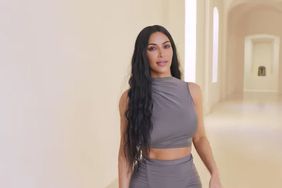 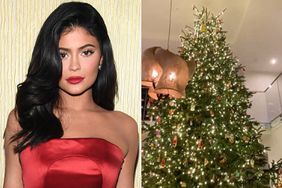