Bachelor in Paradise was a rocky journey for Annaliese Puccini, who first appeared on Arie Luyendyk Jr.’s season of The Bachelor. However, on the season finale which aired Tuesday, Puccini thought she’d found her happily ever after with Kamil Nicalek.

“We’re in a good spot,” Puccini said on the finale. “Long distance is not easy, but I definitely feel like Kamil is somebody that I want to go through the good and the bad with.”

However, Nicalek had other plans, and decided to break up with her on national television, citing that she was ready for an engagement while he wasn’t.

“I think I might not be the guy for you because I just feel like we kind of lost that spark we had in Paradise after leaving and experiencing it in the real world,” Nicalek said. “You’re great, Annaliese. You’re an amazing woman. I don’t want to string you along and pretend like we have something special still. It’s just not working out for me and I think it’ll be best for us to slowly part ways.”

Where Stars Stay: 5 Vacation Houses Rented by Celebs That You Can Book Right Now!

After a long silence, Puccini said she was “in shock,” and immediately brought up the fact that Nicalek “literally booked an Airbnb for us yesterday to stay the week together.”

Puccini then stormed off and had a tearful meltdown backstage before returning to confront Nicalek, saying he “didn’t try” to make their relationship work.

WATCH THIS: Colton Underwood Is the Next Bachelor: ‘Third Time’s the Charm’

“Now I’m just thinking like, where am I going to stay this week?” she told Chris Harrison after Nicalek left the stage. “The stupid things, like I thought we were going to have this great week together.”

Naturally, the breakup sparked memes and statements on social media about how she lost her boyfriend and her Airbnb all at once.

“Annaliese worrying about the Airbnb is the most relatable moment all episode,” one person wrote.

“I get that Kamil wasn’t in the same place as Annalise but dude could have said something before she booked the Airbnb!” one user wrote.

Others referred to how the cost of cancelling an Airbnb didn’t compare to the cost of breaking up with Puccini during the finale as opposed to in private.

One user mentioned that Puccini will likely add Airbnb to her long list of fears, which already includes bumper cars, dogs, large bodies of water and sombreros, among other things.

Lauren Zima, a host and producer for Entertainment Tonight, began tweeting at Airbnb asking them to find Puccini a place to stay.

“KAMIL BOOKED AN AIRBNB FOR ANNALIESE *YESTERDAY*” Zima wrote. “@annaliese_p_ NEEDS A VACATION PLS GIVE THIS WOMAN A TRIP. SHE DESERVES HER AIRBNB.”

Zima then followed up with another tweet that addressed the travel company, writing “seriously this woman was supposed to spend a weekend in an AIRBNB with her boyfriend and instead he blindsided her with a surprise breakup in front of millions PLEASE HELP HER #BIP #BachelorInParadise.”

Airbnb got wind of the episode and tweeted their own response, writing “We have a place for you @annaliese_p_, DM us for a free stay with your best friends.”

“As fans of the franchise, we were following along Annaliese’s journey during last night’s finale,” a representative for Airbnb tells PEOPLE. “When we heard Annaliese mention her Airbnb dilemma, we wanted to let her know that we are here to help.”

Although they have not heard back from Puccini yet, they say they are “ready when she is!” to hook her up with either a place to stay in Los Angeles over the next few days, or a vacation wherever she wants to go, from Costa Rica to the Caribbean.

“We know how tough it can be to be left without accommodations,” they added, “and we wanted to help Annaliese.” 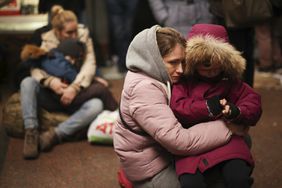 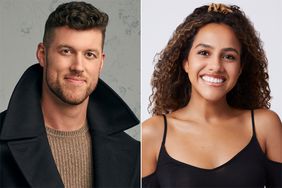