A Piece of Mary Tyler Moore History Is on the Market

The real Minneapolis house that featured as the exterior of Mary Richards' home is for sale for $1.7 million

This article originally appeared on realsimple.com.

With the sad news of actress Mary Tyler Moore's passing, we've been remembering her most famous (and game-changing) role as Mary Richards in her eponymous show. And who could forget the ultimate bachelorette pad on the long-running show about the woman who could turn the world on with a smile? The classic Victorian home was the backdrop for many humorous and poignant scenes—and now it's on the market (well, sort of).

While the interiors of Mary's apartment were filmed on a Hollywood soundstage, the exterior shots were filmed at a home in Minneapolis, Minnesota. Moore's apartment on the show was located at fictional 119 North Weatherly, but this 9,500-square-foot home's address is 2104 Kenwood Parkway. The seven-bedroom, nine-bathroom house is currently listed for $1.695 million.

Fans of the show may not recognize the interior of the home since the soundstage sets were designed completely differently, but you might notice the triple windows on the home's third floor that were recreated in Mary's living room.

While Mary's friend Rhoda lived upstairs in a groovy studio, the turreted space is actually located on the third floor as well. In reality, the third floor has a family room, two bedrooms, two bathrooms, a kitchen, and two rooftop decks, so it's a little bit more upscale than Mary and Rhoda's digs. 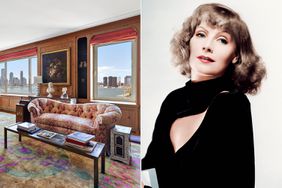 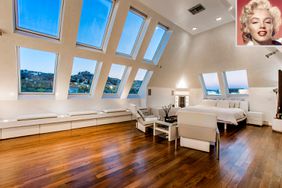