This Woman Says Losing 76 Lbs. Helped Her Become a Better Mom: 'I Was Overweight and I Was Tired'

After losing 76 lbs., Jennifer Riveira became a hands-on mom, a full-time health and wellness coach and an avid yogi

At nearly 200 lbs., California native Jennifer Riveira says she was unhappy, unhealthy and unable to be.

“My marriage was at an all-time low,” the mom of two, 45, tells PEOPLE. “My husband and I weren’t getting along because frankly, I made it really hard to love me because I stopped loving myself.”

When her now 13-year-old son Brandon asked her to play outside or ride bikes, Riveira had to say no because she simply didn’t have the energy. “I was overweight and I was tired,” she recalls. “My son said I yelled from the time I got up in the morning until the time I went to bed at night.”

Riveira made excuses for her poor health and weight gain, eventually scheduling a doctor’s appointment in March 2017 because she was convinced something was medically wrong with her. Expecting a thyroid-related diagnosis, what she got instead was a major wake up call: “My doctor said, ‘Your tests all came back fine. But what we really need to look at is what are you eating.’ ”

Not ready to confront the root of the problem, Riveira continued telling herself that her busy schedule, which consisted of shuffling Brandon to and from sports practices and tournaments, didn’t allow for healthy eating.

“In reality, I had just given up on myself,” she tells PEOPLE. “Everybody became more important than I did and fast-food became my way of life. It was fast. It was easy.”

Then, about two years ago, Riveira was scrolling through social media when a friend’s weight loss post jumped out at her.

“She had posted that she was able to be on the floor and play with her son,” Riveira says. “I remember thinking, ‘Gosh, I just want that.’ I reached out to her and asked her what she was doing.”

The woman told Riveira that Isagenix — a dietary supplement brand that offers meal replacement shakes — was the key to her success. Riveira tells PEOPLE: “I remember thinking, ‘I’m going all in. What do I have to lose?’”

Today, at 115 lbs., Riveira is a full-time health and wellness coach, a hands-on mom, an avid yogi and an Isagenix advocate. “There hasn’t been one day in two-and-a-half years that I haven’t had a shake,” she says. “I know it’s a lifestyle because I’m not even tempted. My body craves those minerals and vitamins the shakes give me.”

Jenna Jameson Says She’s ‘Back on the Wagon’ with Keto After ‘Losing Control’: ‘I’m Not Perfect’

She was recently named the grand prize winner of the 2019 IsaBody Challenge and received $25,000 for her inspiring weight loss journey, which she says is about much more than the physical transformation.

“The challenge itself is to feel better about yourself, to be the best version of you, whoever you are,” Riveira says.

One of the most unforgettable moments in Riveira’s journey came a few months ago when she asked Brandon to describe her in three words as part of a personal development exercise.

“He said: dedicated, loving, and inspiring,” she recalls. “It’s about so much more than just the weight loss — I have a happy healthy 13-year-old who now sees what good nutrition can do for you. That means the world to me.” 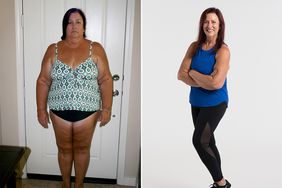 This Grandmother Adopted a Healthy Lifestyle and Lost More Than 100 Lbs.: 'I Feel Better Than I Did in My 20s' 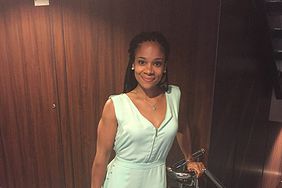 Half Their Size's Eve Guzman on Her 140 Lb. Weight Loss – How She Got Derailed and Back on Track 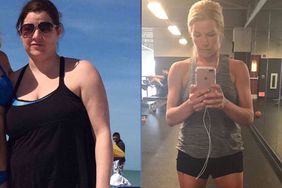 Mom of Four Drops 77 Lbs. After Her Son Called Her 'Really Fat' 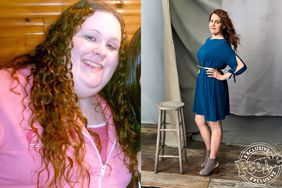