Ultra Runner Stopped to Breastfeed During 103-Mile Race: 'I Was So Relieved He Was Hungry!'

There are no breaks from parenting a young child — even 16 hours into a 103-mile race.

Ultra runner Sophie Power learned just how true that can be when she tackled the famed Ultra-Trail du Mont-Blanc (UTMB) race through the Alps just three months after giving birth her son Cormac. For the first part of the race, she was unable to breastfeed or pump, and pushed out her milk by hand to stop the build-up.

“Oh my god I was in agony!” Power said in an interview shared with PEOPLE. “Cormac usually feeds every three hours and it took me 16 to get to Courmayeur, where he could first meet me, so I was hand expressing everywhere I could en route. I was so relieved he was hungry!”

After meeting Cormac and her husband John at the stop 16 hours in, she had to reconfigure her plan, and started using a breast pump at each aid station where John could meet her.

Though breastfeeding made the race far more complicated, Power says she preferred it.

“I enjoyed this year’s UTMB far more than I would have done running it in the past,” she says. “I had to go so slowly — I couldn’t raise my heart rate too much as my body isn’t primed to burn fat and I couldn’t fully run down hills to protect my pelvis.”

And this year, Power was less focused on her time (though she still managed to run all 103 miles in 43 hours and 33 minutes), and more interested in the stunning mountain views.

“In a typical race I would get in and out of the aid stations as quickly as possible but here I had to focus on keeping down enough food (for me and for Cormac!) and resting,” she says. “The goal was simply to get round the course which gave me so much time to take in the views, chat to people and really absorb the whole experience. It was also a much needed mental break to only have to think about looking after myself for once.”

Power says that this experience has likely changed her racing style moving forward.

“It feels like I’m embracing a whole new racing philosophy,” she says. “I’m going to slow down and enjoy special races like this. When you’re in the mountains, some runners don’t look up and see the views. I live in central London so I wanted to make the most of it.”

Power says she was able to maintain her fitness for this race with workouts throughout her pregnancy. She believes that women are often incorrectly told that they can’t exercise while carrying a child.

“During pregnancy, it felt like all the advice was to put your feet up and get fat as anything else was taking a risk,” she says. “This is not the best way to prepare for motherhood — staying fit, healthy and strong is so important and how you can safely do that needs to be talked about more.” 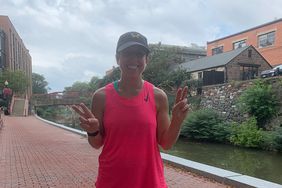 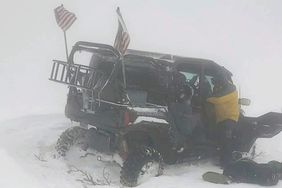 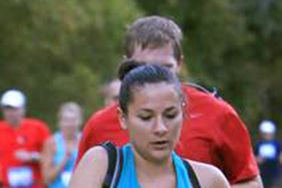 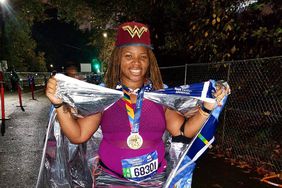 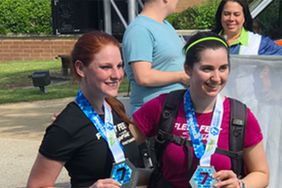 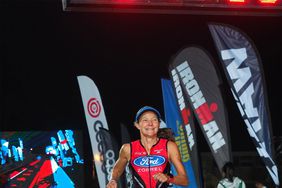 Woman with Stage 4 Lung Cancer to Race at Ironman Championship: I'll 'Give it Everything I Can' 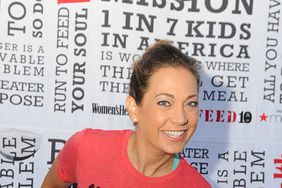 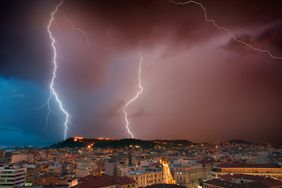