'During the day, I feel so much more focused,' the social media maven says of his very limited diet

To be one of the world’s most successful businessmen, you have to be willing to make sacrifices — but Twitter and Square CEO Jack Dorsey seems to sacrifice more than most.

Dorsey, 42, recently opened up on Ben Greenfield’s “Fitness: Diet, Fat Loss and Performance” podcast about his daily routine which he believes improve his overall mental and physical health.

Speaking to Greenfield, Dorsey claimed his daily practice of intermittent fasting, walking to work and hydrotherapy ensure he effectively runs both tech companies and performs at a high level each and every day.

The first step in achieving extreme efficiency is, according to Dorsey, to lose the food.

The businessman said he eats just one meal per day at dinnertime between the hours of 6:30 p.m. and 9 p.m. as opposed the usual three to six small meals recommended by health experts. His dishes typically consist of a protein (chicken, steak or fish) with vegetables (salad, spinach, asparagus, or brussels sprouts.)

Dorsey does treat himself to dessert but limits the intake of sugar to only mixed berries, dark chocolate, or a glass of red wine.

Intermittent Fasting Is No More Effective Than a Regular Diet, Study Says

“During the day, I feel so much more focused… You have this very focused point of mind in terms of this drive,” Dorsey told Greenfield, adding that his sleep also improved with the meal changes. “The time back from breakfast and lunch allowed me to focus more on what my day is.”

This practice of condensing all meals into a short period and fasting for the rest of the day is referred to as intermittent fasting. Though it can be beneficial to lose weight and improve health, experts have said it’s no more effective than the average diet.

When it comes to the weekends, Dorsey said he cuts out food completely, fasting from Friday through Sunday evening, and only drinks water for those three days.

“The first time I did it, like day three, I felt like I was hallucinating. It was a weird state to be in,” he recalled to Greenfield. “But as I did it the next two times, it just became so apparent to me how much of our days are centered around meals and how — the experience I had was when I was fasting for much longer, how time really slowed down.”

5 Tips For Living Your Happiest, Healthiest Summer from a New Wellness Brand

As for daily routines, Dorsey revealed that he often meditates for an hour twice a day and jumpstarts his mornings by taking regular ice baths followed by sauna visits in the evening.

It’s not as relaxing as it may seem, as Dorsey explained that his evening hydrotherapy routine consists of sitting in the barrel sauna for 15 minutes at 220 degrees before hopping into the 37-degree ice bath for three minutes. After completing the extreme cycle three times, Dorsey tops off the bodily shock with one minute in the ice bath.

“Nothing has given me more mental confidence than being able to go straight from room temperature into the cold,” Dorsey told Greenfield of the ice baths. “Especially in the morning, going into an ice-cold tub from just being warm in bed is — it just unlocks this thing in my mind and I feel like if I can will myself to do that thing that seems so small but hurts so much, I can do nearly anything.”

RELATED: Nissa Graun: How This Mom Lost 105 Lbs. with Intermittent Fasting: ‘I Went Into it Kind of Skeptical’

During the workday, the CEO uses a standing desk with a near-infrared bulb (said to promote cellular regeneration and anti-aging, as well as prevent injuries and illnesses), takes multivitamin and vitamin C supplements, and practices 7-minute workouts from home.

In the past two years, he’s also been walking the five miles to work, which often takes him a little over an hour each day. When he finally gets home, Dorsey said he reflectively journals and wears an Oura ring to track his sleep.

The billionaire said he may look at changing his routine in the future and appears to be considering an even more extreme approach.

“A lot of my routine today is all due to what felt like just had to be done in order to, not only survive but to make sure that I can continue to be performing and continue to be clear,” he said on the podcast. “Some practices have been impactful, some I’m not sure if they’ve been impactful just yet… It only benefits me if I can raise the bar on myself.” 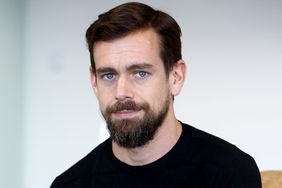 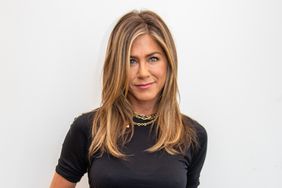 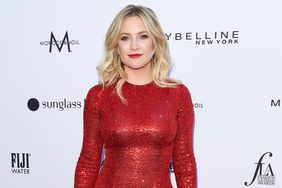 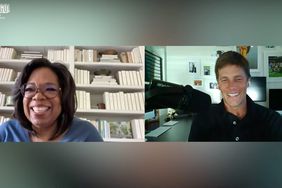