Trainer Anna Victoria Tearfully Opens Up About Her Infertility: 'I Drove Myself Nuts'

Trainer Anna Victoria’s Instagram feed is typically filled with her latest workout or an impressive before-and-after photo from one of her loyal followers. But on Monday, she decided to open up about her struggle with infertility.

The fitness influencer, 30, said that she and her husband, Luca Ferretti, have been trying to conceive for over a year without success, which came as a surprise to Victoria.

“I never thought in a million years I would be here,” she said in a YouTube video, posted Monday but filmed on Dec. 17. “I am one of seven children. My mom had all of us naturally, and she was clearly fertile Myrtle, and so my whole life I’ve always dreamt of having kids. And when that day came I always just thought like, ‘Oh, my mom popped us out no problem. it should be about the same for me,’ so I never thought that I would be struggling with conceiving. It’s been a really hard 2018.”

Victoria said that they started trying in Dec. 2017, and there were many times over the course of the year that she thought she was pregnant because she would have light spotting, or her breasts would be tender — all the usual signs of pregnancy, referred to in the infertility community as symptom spotting.

“You are paying attention to every little tiny thing after you ovulate,” she explained. “I drove myself nuts.”

She also started buying things for the potential baby each time.

“You guys I was so convinced that I was pregnant I bought little things off of like Etsy like, ‘Baby Due March 2019,’ like, ‘Baby Due June 2019,’ “ she said. “I even have one from this last month, so there were months that I definitely was uber convinced, and the reason why is because I was symptom spotting.”

Victoria said that she drove herself crazy Googling when other women learned they were pregnant, and then comparing her own symptoms.

“My symptoms were always different, so every month I was like, ‘Oh this is different, I’m pregnant. Nope. Got my period next month, oh this is different I’m pregnant. Nope,’ “ she said. “In the beginning, honestly, I didn’t get upset because I felt like before six months I had no right to get upset, because there are couples that take one to two years to conceive, so I can’t complain if I didn’t get pregnant in six months. But I would say after the six months is one that started to really get to me, when I would get my period and realize that I wasn’t pregnant.”

She and Ferretti both went through testing to check their fertility, but everything looks good. They’ve now looked into IVF, and the simpler option, IUI, or intrauterine insemination, where the sperm is implanted directly into the uterus to make it easier to reach an egg.

“A part of me also just really wants to keep trying naturally, but the other part of me is scared that it’s going to be another six months or another year and then we’re going to be right back at the same decision where we want to do an IUI or eventually IVF,” she said.

Victoria said that the stress of trying to conceive has been difficult to handle.

“I normally am really good under stress. I do my best to work normally when I am under stress,” she said. “I have not had it easy. I’ve had to support myself financially from a young age, to support myself mentally and emotionally from an even younger age, and this year has just been a completely different experience from what I’m used to, and apparently my stress is getting the best of me. I’m a little let down by it because I feel like I should be able to handle this, but it’s just something that I’ve never experienced before and I think it’s just been really hard on me and Luca.”

Victoria said that they’re going to keep trying, and that she wanted to share their story to help anyone else who is struggling.

“I hope that this is just the beginning of us being able to bring more awareness to it so that women don’t feel like they’re broken, or like something is wrong with them,” she said. “And hopefully we can give them some hope that their day is coming.” 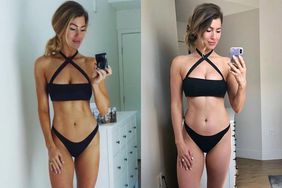 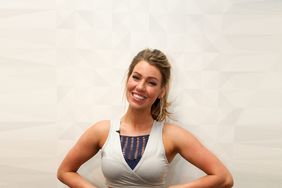