Sofia Vergara Talks Thyroid Cancer Diagnosis at 28: 'I Decided to Get Educated'

Stand Up To Cancer returned this weekend and Sofia Vergara spoke about her previous thyroid cancer diagnosis during the start-studded telecast.

During Saturday's seventh biennial charity event, the 49-year-old actress recalled her reaction to learning she had cancer in her late twenties.

"At 28 years old during a routine doctor's visit, my doctor felt a lump in my neck," the Modern Family star said. "They did a lot of tests and finally told me I had thyroid cancer. When you're young and you hear that word 'cancer,' your mind goes to so many places but I tried not to panic and I decided to get educated."

She continued, "I read every book and found out everything I could about it. I was fortunate to have caught it early and to have the support of my doctors and most importantly, my family. I learned a lot during that time, not just about thyroid cancer but I also learned that in times of crisis, we're better together."

Vergara then highlighted the many ways the world has come together through the last year, from scientists collaborating on COVID-19 vaccines to social justice activists pushing for a more equitable future.

"We're better together and if we're going to end cancer, it's going to require a team effort," she concluded.

Years after beating cancer, Vergara spoke with Health in 2011 about initially keeping the diagnosis a secret, explaining why she didn't want any publicity during the difficult time.

"Having cancer is not fun. You don't want to deal with anything else while you're going through it," she explained.

Stand Up To Cancer has raised over $603 million for cancer research since it was founded in 2008, bringing together nearly 2,000 scientists from over 200 institutions. The 2021 telecast was executive produced by Reese Witherspoon and her husband, Jim Toth, and hosted by Vergara, Anthony Anderson, Ken Jeong and the latter's wife, Dr. Tran Ho. Common, Brittany Howard, Stevie Wonder, and Simone Ledward Boseman — wife of the late Chadwick Boseman — also performed at the event.

Stand Up to Cancer returns as the coronavirus pandemic has marked a shift in research and care, not only delaying important screenings and affecting treatment for many, but also highlighting the disparities in cancer care today at large.

"We believe fiercely in bringing innovative, high-quality cancer treatments to patients as quickly as possible," Katie Couric, Stand Up to Cancer co-founder, said in a statement. "The show provides a powerful platform to make this dream a reality." 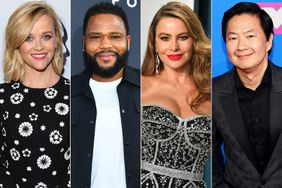 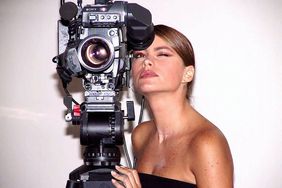 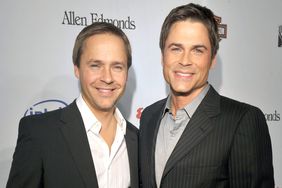