A sleep specialist weighs in on Ambien and its side effects

During Sean Penn‘s memorable appearance on The Late Show with Stephen Colbert, the actor admitted he was on Ambien and smoked several cigarettes on-air.

“I’m doing well,” Penn told the host at the start of the sit-down. “You’ve inherited a little of the Ambien I had to take to get to sleep after a red-eye last night.” Afterwards, The Bob Honey Who Just Do Stuff author became a hot topic on Twitter, with fans and viewers commenting on the bizarre interview.

The actor may have still been feeling effects of the prescription sleep-aid, Dr. Chris Winter, president of Charlottesville Neurology and Sleep Medicine tells PEOPLE. “He’s sluggish. He seems a little disconnected from what’s going on,” says the author of The Sleep Solution.

Other side effects of the sedative can include “bizarre behaviors or doing things in your sleep that you don’t remember,” says Dr. Winter. While he doesn’t prescribe it often because the unwanted effects “can happen quite a bit,” he says it can be “reasonable” for people who need to regulate their sleep due to travel or night-shift work.

But patients should also be cautious of how much they take.

“Dosing of ambien is typically 5 to 10 milligrams at night…women should be closer to 5 milligrams to start,” says Dr. Winter. “The total dose of Ambien shouldn’t go above 10 milligrams. So it’s a pretty restrictive dose range there.”

For the “long active dose” known as Ambien CR, which Dr. Winter says contains 6.25 to 12.5 milligrams, “you really need to be able to devote 8 hours minimum of sleep.”

While mixing nicotine with Ambien as Penn did is not necessarily dangerous, Dr. Winter cautions against consuming alcohol or driving while on the medication. “If you look at package inserts of a lot of these drugs like Ambien and Lunesta, there’s also warnings about driving the next day,” he says.

Most importantly, “you should know what other drugs and substances you’re putting in your body” before taking Ambien, says Dr. Winter, adding that people with a history of mental illness, anxiety or depression should be extra cautious. He also says it’s important to ask yourself, “What am I taking this for? And do I have enough time to commit to sleeping?”

Dr. Winter also says that if you are suffering from insomnia, it may be a mental or psychological issue that deserves attention.

“I want to really help individuals find sleep naturally,” he says. “I have a lot of people who come to see me because they are scared that they can’t sleep. Sleep is a very interesting thing. Sleep is an absolute, nobody out there is not sleeping. It never exists. So, we want to do more cognitive behavior therapies and get people confident in their sleep again.”

Roseanne Barr Blamed Her Racist Tweets on Ambien: What to Know About the Sedative 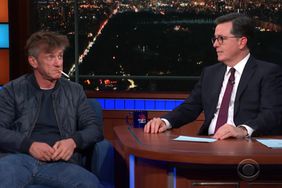 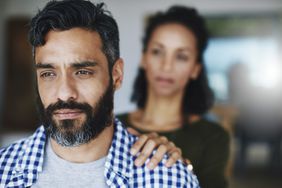 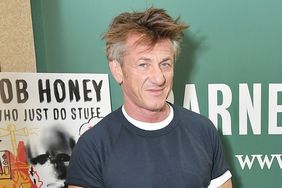