Savannah Chrisley is feeling “good to go” after undergoing a third surgery for her endometriosis, one that she hopes will finally bring an end to years of “excruciating pain.”

Since she was a teenager, the Chrisley Knows Best star, 23, had kept her long struggle with endometriosis to herself and her family because she felt too “discouraged” to talk about the disorder publicly.

“People who don’t suffer from it don’t really understand,” Chrisley tells PEOPLE. “They push it off and say that painful periods are just part of it. Other people don’t really get where you’re coming from, and you feel like you’re alone in it.”

For Chrisley, the pain started as soon as she got her first period. Because endometriosis wasn’t widely discussed, she “just though the pain was normal. But then it just kept getting worse and worse.”

Savannah Chrisley Gives Update After Endometriosis Surgery: 'Time to Give Myself Time to Recover'

Chrisley went to a gynecologist who put in an IUD to try and ease the pain, but just six months later, she started feeling “excruciating pain.” Another doctor discovered that the IUD had broken apart and separated in her uterus, requiring emergency surgery, and it was then that they determined Chrisley had endometriosis.

“From then on, I saw a couple different doctors, I tried to get on the right regimen, I tried different birth controls to manage it," she says. Chrisley had a second surgery to try and get some of the endometriosis out, but “it would be good for six months or a year and then it would get bad again.”

“There were days when I couldn’t get out of bed, and the pain was so bad that I would get nauseous and throw up,” she says. “I like to say I have a pretty high pain tolerance, but I had to keep a lot of it to myself because I had to get up and film and put a smile on my face. There was a lot of hiding how I felt, which didn’t help with my mental state.”

Chrisley avoided sharing her experience with endometriosis, “because you already feel like your body is just giving up on you.”

“It's hard to be vulnerable about that,” she says. “Especially in today's world, whenever everyone posts great things on social media about how amazing life is, and I felt hopeless and I was struggling so badly.”

But a few months ago, she realized that if she was having trouble dealing with the “anxiety and depression” that came with managing her endometriosis pain, then other women were too. In July, Chrisley decided to share her experience on her parents’ podcast, Chrisley Confessions, and received an outpouring of support — and recommendations to go see Dr. Ken Sinervo, an endometriosis specialist.

“I had all these women messaging me, telling me about this doctor in Atlanta that was a lifesaver for them and completely changed everything. And he was actually one of the doctors I had on a list to check out,” she says. “So I was like, you know what, this is God’s way of telling me that this is the doctor I needed to go to.”

After a telemedicine visit to go over her endometriosis history, Chrisley went to Atlanta to see Sinervo and had her third surgery on Aug. 20, one she hopes will be her last. The three-hour surgery — during which Sinervo removed endometriosis from her uterus, ovaries, bladder and other nearby areas — led to a “brutal” recovery, but was far more comprehensive.

“My other surgeries, they weren’t with a specialist. I learned that if they don’t get all of [the endometriosis] out, it’ll grow back,” she says. This time, “he got everything out, and now I feel I’m good to go. He said there's less than a 5 percent chance that I'll ever be back to see him. Now I feel like my hope is restored and I can get back to my normal, everyday life without any kind of pain.”

And after sharing her story on the podcast, and on Instagram, Chrisley now has a “community of women” supporting her and each other.

“A lot of other women have messaged me on Instagram about it and shared their stories,” she says. “It makes me feel good that people feel that they can be vulnerable about what they’re going through because I was vulnerable about it. It’s been really uplifting.” 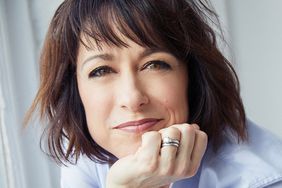 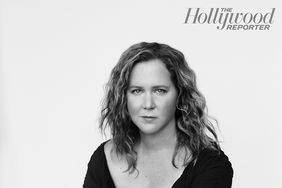