The Bachelorette winner posted a photo of all his supplements, which he wrote are "the first and last thing I see everyday" after he was diagnosed with Lyme disease

Ryan Sutter is staying positive as he gets real about living with Lyme disease.

The Bachelorette winner, 46, shared more about the different ways he's treating himself since revealing his diagnosis in May. "Picture one is the first and last thing I see everyday. Picture two is my focus in between," Sutter said on Instagram. "Both are healing but in very different ways."

The first photo showed all his supplements arranged an a countertop. "These on top of other treatments like IV treatments, infrared saunas, hyperbaric oxygen therapy and an intentional diet are science based tactics intended to detoxify and rebuild my immune system," he said.

"They are crazy expensive, somewhat experimental and not guaranteed to work," Sutter added. "I can't afford to do all of these at once so I try to find combinations that are doable without compromising too much effectiveness. I have friends that provide discounts and support but am always attempting to balance cost benefit while reducing the stress created by that effort — on me and those I love."

Sutter also included a photo of the rolling hills in Avon, Colorado, where he lives with wife Trista Sutter, 48, and their two children, son Maxwell Alston, 14, and daughter Blakesley Grace, 12. He wrote that the landscape is "where I believe a more subtle but equally important healing process occurs."

"There is science but it's deeper. There is experience rather than experiment and the cost is only time. The effort here is physical and stress relieving. Inhaling invigorates. Exhaling detoxifies. In nature balance is inherent and healing somewhat magical," Sutter added. "It is here where I want to be and here that justifies the efforts needed to find a way forward... And so it goes. Onward..."

Trista revealed in November that Ryan had been "struggling for months" with a mystery illness, which caused extreme fatigue and pain. After countless tests and searching, the couple announced in May that Ryan was diagnosed with Lyme disease, which he believes was exacerbated by the mold toxins he's been exposed to as a firefighter.

"It seems to be that what happened is that my immune system was weakened through exposures to toxins and especially to mold," he said at the time. "There are other people in the fire academy that probably had the same exposures who aren't dealing with these exposures because their genetics are stronger, they're able to get rid of the toxins easier."

Ryan recently gave a positive update, writing on Instagram that he's "doing ok" since his diagnosis. "I focus on being grateful — for everything," he wrote.

"And I go somewhere that makes me feel small and I breath[sic] and I come to the realization that from moment to moment life is simple and that if I can just stay in the moment, I can exist in a simple state of readiness — for myself and for others," Ryan added. 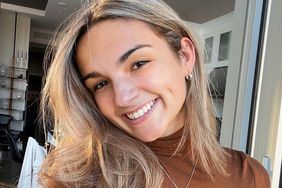 Ryan Sutter Is Focusing on 'Regaining' His Health: 'My Immune System Is Beat Down' 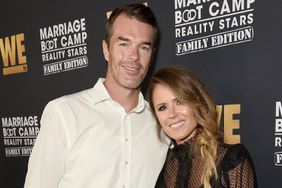 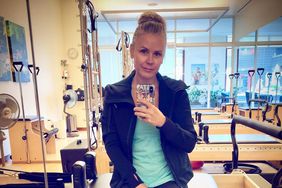