"Today, the world has lost one of the greats of magic, but I have lost my best friend," the entertainer's partner, Siegfried Fischbacher, said in a statement

Illusionist Roy Horn has died. He was 75.

Horn, who launched to fame as part of the duo Siegfried & Roy, died of complications from the novel coronavirus (COVID-19) in a Las Vegas hospital on Friday, his publicist said in a statement to ABC.

The entertainer tested positive for the contagious respiratory virus last month. At the time, his publicist said that he was "responding well to treatment."

"Today, the world has lost one of the greats of magic, but I have lost my best friend," Horn's partner, Siegfried Fischbacher, said in a statement. "From the moment we met, I knew Roy and I, together, would change the world. There could be no Siegfried without Roy, and no Roy without Siegfried."

"Roy was a fighter his whole life including during these final days," Fischbacher continued. "I give my heartfelt appreciation to the team of doctors, nurses and staff at Mountain View Hospital who worked heroically against this insidious virus that ultimately took Roy's life."

Horn and Fischbacher are best known for their Las Vegas show at the Mirage Resort and Casino that ran from 1990 until 2003, when Horn was attacked on stage by one of the white tigers used in the duo's act.

While Horn survived the mauling, it left him partially paralyzed after he suffered a significant amount of blood loss and a stroke.

However, the entertainer held no grudge against the massive 600-pound animal, named Montecore.

"He instinctively saw that I needed help, and he helped me," he previously told PEOPLE.

Looking back at the October 2003 attack, Horn told Las Vegas Weekly in 2013, "I had high blood pressure at that time, and because of the energy level of the show, I got excited and passed out onstage and fell, unfortunately."

"Montecore looked at me with his big blue eyes and was confused, and so he picked me up by the neck," the illusionist continued. "He brought me to the side so he could attend to me."

He added: "But we need to rectify — he never attacked me. If a tiger attacks you, you are finished." 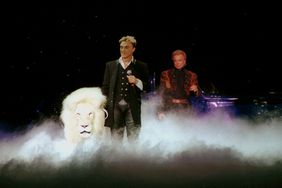 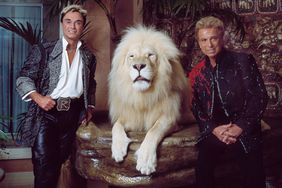 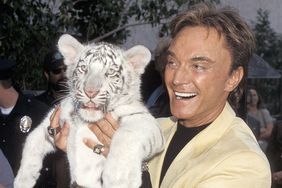 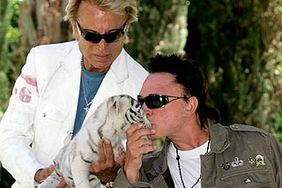