Zak Williams gave new details about his father on Wednesday, which would have been Robin Williams' 70th birthday

Robin Williams' son Zak got candid about the effect of his father's misdiagnosis and how he dealt with the trauma after the actor's death by suicide in August 2014.

Zak, a mental health advocate, sat down with host Max Lugavere on his podcast The Genius Life to discuss Williams' "frustration" and discomfort before his death. The episode was released on Wednesday on what would have been the late comedian's 70th birthday.

"What I saw was frustration," Zak said of his father's misdiagnosis with Parkinson's disease. It wasn't until years after Williams' death that it was discovered that the Mrs. Doubtfire actor had Lewy body dementia, the second-most common type of progressive dementia after Alzheimer's disease.

"What he was going through didn't match one to one [with what] many Parkinson's patients experience," he continued. "So, I think that was hard for him."

The PYM founder continued, "There was a focus issue that frustrated him, there were issues associated with how he felt and also from a neurological perspective he didn't feel great," adding, "He was very uncomfortable."

Zak also felt like the medicine did more harm to Williams than good because of the misdiagnosis. "Those drugs are no joke," he said. "They're also really hard on the mind and the body."

Lewy body dementia is a type of brain disease that affected Williams thinking, memory and movement control, which subsequently created "challenges performing his craft," his son said on the podcast.

Williams' symptoms intensified over the course of two years before his death. "It was a… I don't want to say it was a short period. It felt a lot longer than it actually was because it was a period for him of intense searching and frustration," his son said.

Zak then opened up on the podcast about the toll his father's suicide took on his own mental health.

"I was heavily drinking to manage my mental health where it created very harmful issues. For me personally, I was having health issues. I was experiencing some psychosis and when I spoke with a psychiatrist I was diagnosed with Post Traumatic Stress Disorder," he shared. "I was self-medicating through the trauma using alcohol."

The father-of-two went on to do mental health advocacy work, which got him through his own difficulties with depression. "I was just sick and tired of trying to treat myself using harmful means," Zak said. He found comfort in a 12-step program and group therapy.

"I was acutely aware of my dad's struggles with depression, it manifested in addiction at times, and he took great lengths to support his well-being and mental health, especially when he was challenged," Zak said during an episode of The Dr. Oz Show in November. "It was something that was a daily consideration for him."

Zak also spoke to PEOPLE in May 2020 about helping others access mental health care amid the coronavirus pandemic.

"One thing I found very healing for me through my experience has been service and commitment to service work specifically around mental health and mental health support organizations. Eating well, committing to a healthy lifestyle. Things that I need in my weekly and daily regimen to better support my well-being."

The advocate later shared with PEOPLE in October that through his mental health journey, "I've learned I'm not broken. Despite experiencing traumatic events, I can recover. And I am now on a path of healing and being the person I always wanted to be." 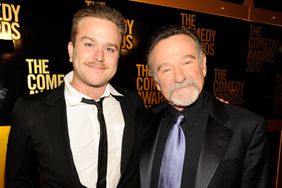 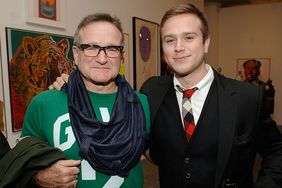 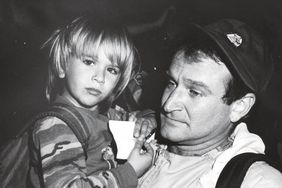