Richard Simmons is “thankful” after the Los Angeles City Attorney opened an investigation into the private detective who was allegedly tracking his whereabouts.

“Richard and Teresa are very thankful to the Los Angeles City Attorney’s office for its cooperation in this matter,” Simmons’ manager, Michael Catalano, exclusively tells PEOPLE. “Everyone is entitled to the same basic principles to privacy and security. No one has the right to infringe on that.”

“We are appreciative to the LAPD and other divisions for agreeing that the prolonged pursuit of Richard Simmons against his wishes is not only immoral, but illegal. I look forward to all parties involved having to explain their deceitful actions.”

Simmons, along with his longtime housekeeper Teresa Reveles, had filed a lawsuit against Mathews in June, alleging that he had placed a tracking device on Reveles’ car to “gather evidence about Simmons,” according to the lawsuit obtained by PEOPLE.

The lawsuit stated that the tracking device had been on Reveles’ car for over a year. Simmons, who has not been seen in public since Feb. 2014, travels in the car when he does leave his home.

In the lawsuit, they asserted that Mathews had used data from the tracking device — including an April 2017 trip to the hospital for Simmons’ “severe indigestion,” according to his manager — to sell “false” information to the National Enquirer.

Simmons and Reveles requested compensation for the “emotional distress” and more of being tracked.

“As a result of discovering that Mr. Mathews was tracking his whereabouts by placing a tracker on Ms. Reveles’ vehicle, Mr. Simmons and Ms. Reveles have suffered significant mental anguish, including, without limitation, anxiety, feelings of powerlessness, frustration and humiliation in discovering that they were being tracked, and their privacy invaded,” the lawsuit states.

After months of speculation about Simmons’ health in 2017, he filed a lawsuit that May against the National Enquirer and their publisher, American Media, Inc., for purchasing and printing false and libelous information claiming that Simmons was transitioning to a woman from his former associate, Mauro Oliveria.

The suit was dismissed on the grounds of free speech, but Simmons has said he will appeal. 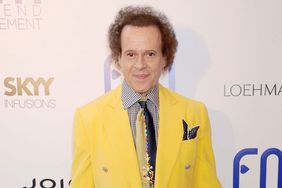 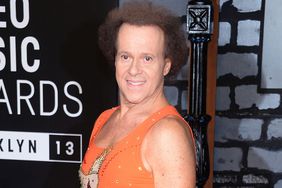