'RHOBH' 's Crystal Kung Minkoff Opens Up About Her Bulimia: 'I Always Felt Like the Ugly Kid'

Kung Minkoff said that her "body shame is so deeply rooted in my childhood," and that she's dealt with bulimia since age 11

On the latest episode of Real Housewives of Beverly Hills, Crystal Kung Minkoff decided to share a part of her life that she doesn't typically talk about — her longtime battle with bulimia.

The new housewife, 35, shared with her castmates that she's "a recovering bulimic."

"And I say recovering because I don't know what it's like to be any other thing," she said.

Kung Minkoff explained to the other women — Lisa Rinna, Dorit Kemsley, Sutton Stracke, Kathy Hilton and Kyle Richards — that she started struggling with disordered eating at age 11, and added in a confessional interview that she learned about bulimia after watching a video about eating disorders in school.

The mom of two said that the video "obviously" had a "negative message," but she picked "up tools from it, and that's when it began."

Kung Minkoff explained that her bulimia stemmed in part from being Asian-American in a school of white kids.

"My body shame is so deeply rooted in my childhood," she said. "I had always felt like the chubby one — wanting to be blonde, blue-eyed and skinny. I totally wanted to be American, and what that meant to me as a child was white."

These days, Kung Minkoff said, her bulimia is "under control" and she's not "suffering on the daily."

"I just want the girls to know how hyperaware I am of my weight and sort of the struggles I go through," she said of the other housewives.

Her openness struck costar Rinna, who later thanked Kung Minkoff in front of her husband Rob Minkoff, for bringing it up in light of Rinna's daughter Amelia Gray Hamlin, who battled anorexia.

"Our daughter suffered from an eating disorder so when she shared that I was like, 'Wow, she's very brave to share that,' " Rinna told the couple.

Minkoff later said to his wife that he was surprised to hear that she had struggled with her body image and eating, because she "like[s] food."

"I love food. And I always wanted to say I loved it, and that was really hard," Kung Minkoff said. "Like I couldn't admit loving food, because I had so much shame about food."

"I always felt like the ugly kid. And then I grew into an age of wanting to be so pretty. And now I've reached a point of like, I really don't care," she continued.

Kung Minkoff also told her husband that she's trying to be conscious of how she talks about her body in front of their kids, particularly their daughter Zoe. 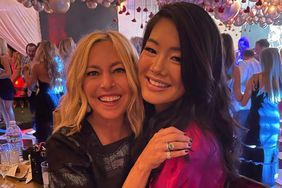 Sutton Stracke and Crystal Kung Minkoff Hang Out After Settling Feud on 'RHOBH' : 'Miracles Do Happen' 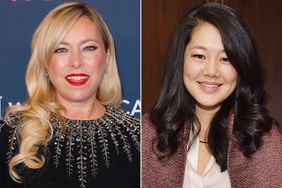 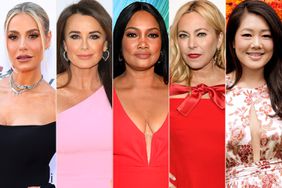