The actress, who lost around 60 lbs. last year, explained that the photo was from a "sad time" in her life, following the sudden death of her father

Rebel Wilson is reflecting on how far she's come.

The Pitch Perfect actress, 41, lost around 60 lbs. in 2020 during her "year of health," when she completely revamped her diet and exercise habits. She's now feeling significantly healthier, and was thrown off when she recently found a photo from when she was at her "unhealthiest" a few years earlier.

"Okay so I know that I normally post flattering photos of myself…but found this old photo in my emails and was like: whoa! I remember this was when I was at my most unhealthiest — being overweight and indulging way too much with junk food," she captioned the photo, of her playing tennis with Novak Djokovic, on Instagram.

Wilson explained that she had been "using food to numb my emotions" after suddenly losing her dad in 2013.

"My father had passed away of a heart attack and it was such a sad time," she said. "I didn't think highly of myself and wasn't valuing myself how I should have. It's interesting that I'm still smiling and still trying to be active — this was taken at a charity tennis tournament event (ps @djokernole is such a nice guy) — despite being in so much pain."

Wilson, who just wrapped filming on her new movie Senior Night, said she's amazed at how far she's come since then.

"I look back now at that girl and am so proud of what she's become and achieved."

And she's supporting any followers dealing with body image doubts.

"And just wanted to send out some encouragement to everyone out there struggling with weight or body issues or emotional eating," she said. "I feel you. I know what it's like. But it's never too late to start improving yourself and trying to be the best version of YOU possible. It's not a race and it's not a competition — it's about respecting yourself and doing what's best for YOU."

"So if you're out there and reading this today, I just wanted to say: keep smiling and keep trying to be active! Love you guys 😘"

Wilson previously told PEOPLE that before starting her weight loss journey, she "was probably eating 3,000 calories most days."

But over the last year and a half, she learned to lower her carb intake and up her protein — while still leaving room for indulgences here and there.

"I'm just trying to go for overall balance, overall healthy balance," she said. "I have this state of being, which is not my quote, but I go 'Nothing is forbidden.' We'll be like, 'Should we get In-N-Out burger?' And I'm like, 'Nothing is forbidden.' I can go there, I just might eat half of what I used to eat before. You know? And I'll have a burger, and a few fries, and then you feel fine."

Rebel Wilson Says She Likes How She Looks at All Sizes: 'I Still Look Like Me'

That healthier mindset is part of what helped Wilson lose around 60 lbs. And this time, she said in February, she hasn't "gained any weight back."

"I think because I approached it from all areas ... the biggest thing that I haven't ever worked on was the emotional side, what I suffered from, I guess, as classical emotional eating … so I really worked on that side.," she said. 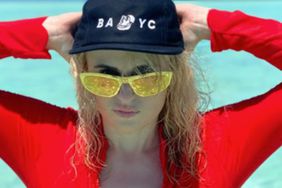 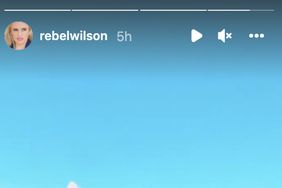 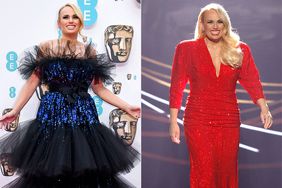 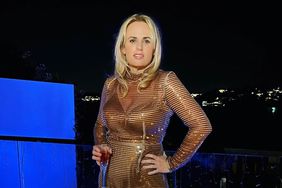 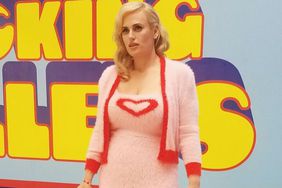