Crews, 54, underwent a double mastectomy right before the coronavirus outbreak was declared a pandemic

Over the past few weeks, as the world plunged into the coronavirus pandemic, Rebecca Crews — singer and wife of actor Terry Crews — faced another terrifying health scare: cancer.

Crews, 54, was diagnosed with Stage 1 Breast Cancer only a few weeks ago. In that time, she’s already undergone a double mastectomy and reconstructive surgery.

“Though it was Stage 1, you’re overwhelmed with fear, like cancer is this all-consuming, all-powerful evil entity,” she tells PEOPLE.

Now cancer-free and resting at home in Pasadena, California, Crews opened up to PEOPLE about surviving cancer and what it’s taught her.

Still, out of caution, Crews has always requested both a mammogram and ultrasound during her annual physicals.

She was in high spirits heading into her most recent checkup a few weeks ago. Even though her mammogram came back clear, Crews insisted she have an ultrasound conducted on her breasts as well. “I had this gut feeling, like, ‘Better safe than sorry,’ ” she recalls.

That ultrasound revealed a small, swollen lump in her right breast, which required a biopsy.

Laying on the examination table, Crews says she felt eerily calm. “I just thought to myself, ‘Okay, if they find something, Rebecca, just cut it off and reconstruct it,’ ” she says.

Crews then had to wait for her biopsy results as the tissue was tested for cancer.

Crews was sitting in her driveway when she got the call. “After the call I had this clear vision of myself stepping through a door, and on the other side of this door, the sun was shining brightly and I was very happy,” she recalls. “I just had this sense that I was going to be okay.”

Terry was the first person she told. The America’s Got Talent host, 51, was working out in the couple’s home gym when she approached him with the news.

Terry Crews and Wife Rebecca Celebrate 30 Years of Marriage! See the Photos from Their Lavish Party

“My husband has watched me go through a lot, but the look on his face … he looked at me like I was going to die,” she says. “He told me it felt like his insides were melting. I said, ‘I need you to be strong for me,’ and he said, ‘Okay’ and hugged me, but I think he needed that hug.”

Crews underwent surgery March 3rd — one of the few days Terry had off from his busy work schedule — so he was able to join her at the hospital along with her pastor, Marguerite Reeve, and best friend from college, Muriel. “They’re my Holy Trinity,” Crews jokes.

Since Crews elected to have a double mastectomy, all cancerous and precancerous lumps were removed, so she did not have to undergo radiation treatment.

However, since the coronavirus pandemic hit, Crews has faced unexpected challenges in her recovery, such as a compromised immune system and risky follow-up appointments.

About a week ago, she had to visit the Beverly Hills office of her reconstructive surgeon, Dr. Leif Rogers, to remove the tubes draining fluid from her chest post-surgery.

She adds that it’s been hard to differentiate between symptoms of post-mastectomy pain and coronavirus, as both conditions create pressure in the chest. “I’ve been so nervous, too, because a couple times I’ve woken up in the middle of the night with trouble breathing and thought, ‘Oh no,’ ” she says.

Terry has been taking care of Crews as she recovers at home. “I have to give him his props because he’s been cooking for me, helping me bathe, and just really stepping up,” Crews says. “I tease him all the time, I’m like, Did I have to get cancer to be treated like this?!’ ”

He’s been doing all the grocery shopping, and Rebecca is sleeping in the guest room as an extra precaution, she says.

The couple, like many others throughout the country, are practicing social distancing at home during the pandemic with their two youngest kids: Wynfrey, 17, and Isiah, 14.

Crews says they’ve found ways to re-connect and step away from their phones as they “hunker down,” like playing board games.

She’s also using the quiet time at home to reflect on her whirlwind cancer journey and adopt a healthier lifestyle, like eating less sugar and dairy.

“I’m doing a little soul searching and asking myself what’s important to me,” she says. But other than that … my life is in a good balance, and I have so many happy, exciting things to focus on.” 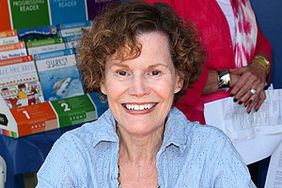