"Right now, I have no evidence of cancer in my body," Deborah James, 38, wrote on Instagram

One U.K. radio host is “beyond happy” to report that she is currently cancer-free.

Three years after being diagnosed with life-threatening bowel cancer, Deborah James, 38, an on-air personality for BBC Radio 5 Live’s podcast You, Me and the Big C, announced to her Instagram following earlier this week that she has “no evidence of cancer” in her body.

“Ok Cancer – you chose the wrong girl. 3 Years on, 10 operations, too many scans, a lot of chemo, some fancy drugs, lots of tears….I’m still standing – and you (according to my most recent scans!) are still sleeping!” she wrote in her celebratory caption.

She added: “It’s a bit bonkers (and I haven’t honestly processed this for a few reasons), but right now, I have no evidence of cancer in my body!!. Which seems bonkers considering at one stage I had 15 tumours!”

James further explained she was informed that the survival rate for her diagnosis was 8 percent at five years. She also clarified that she is still undergoing treatment.

“Yes I’m beyond happy. … BUT I’m realistic,” she wrote. “… Praying it continues to work. Being beyond grateful to be here today…….still taking it one step at a time.”

In a follow-up post, James said the disease has a possibility of resurfacing in the future, though she is focusing on the positives at the moment.

“On paper I’m in a great place. In reality I’m scared, waiting for the floor to be whipped, wondering how long it will last,” she wrote. “… Knowing it will rear it’s ugly head again one day? Surely it will. Statistically it will.”

James added: “I’m using every ounce of will power to get me to treatment (cue panic attack again today!). But I’m hopeful. And grateful. So onwards and upwards, giving thanks.”

According to Mayo Clinic, signs and symptoms of colon cancer can include ongoing changes in bowel habits, bloody stool, persistent cramping, unexplained weight loss and fatigue.

Speaking with BBC Breakfast on Wednesday, James said she intends to “raise a glass” to the good news.

“I never ever thought we would be here. It’s only just sinking in,” she told the radio show. “Nobody knows what the future holds. Essentially nothing changes for me — why change something when it’s working?” 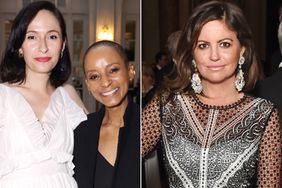 BBC's Adele Roberts, Who Has Bowel Cancer, and Her Girlfriend Thank Deborah James for Raising Awareness 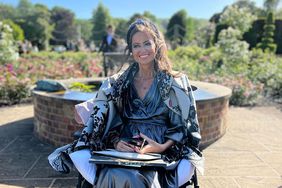 Deborah James Says 'Exhausting' but 'Worth It' to Get Dressed Up for the Opera: 'Still Living Whilst Dying' 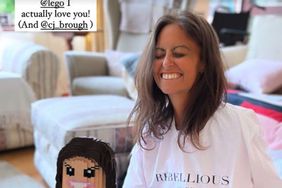