Chumlee said he weighed 350 lbs. at his heaviest in January 2019

The reality star, 39, who was born Austin Lee Russell, told TMZ Sunday he's lost 160 lbs. since undergoing gastric sleeve surgery. Feeling healthy at 190 lbs. today, Chumlee told the outlet he was "tired" of struggling with his weight and decided to make a change after hitting 350 lbs. in January 2019.

Explaining that his weight would fluctuate as much as 100 lbs. at a time during the "years-long battle" for a healthier lifestyle, the TV personality had the surgical weight-loss procedure at Blossom Bariatrics in Las Vegas.

Gastric sleeve surgery typically removes 75 to 80% of the stomach, according to UCLA Health. The procedure reduces feelings of hunger, leading to a smaller appetite, and is currently the most commonly performed bariatric procedure in the United States and around the world.

Since slimming down, Chumlee told the outlet he's focused on staying healthy with clean eating, exercise and surrounding himself with a strong support system.

Posting before and after photos of his weight loss journey to Facebook last week, the star shared his story and encouraged fans to do the same.

"Can you believe it, I've lost over 150lbs !! How many people out there have always struggled with your weight like I did?" he wrote of the side-by-side photos.

Since his transformation, the History Channel star has also spoken about his new outlook on life on Instagram, where he's posted photos of his new physique and shared uplifting messages with his followers.

Chumlee's weight loss comes years after the reality star made headlines for his 2016 gun and drug charges, which came after police raided his Las Vegas home earlier that year.

After 12 guns, a gallon plastic bag of marijuana and a small amount of methamphetamine were allegedly found during the raid, Chumlee pleaded guilty to one count of attempted possession of a controlled substance.

He did not serve jail time, but was sentenced to counseling and ordered to serve three years' probation as part of his plea deal. 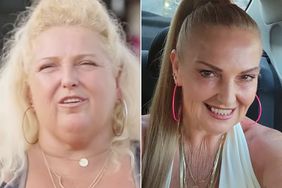 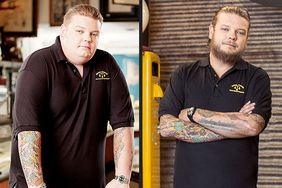