He may be fit, but you won’t find Neil Patrick Harris doing an Ironman anytime soon. A regular triathalon, though? That’s another story.

“I’ve always wanted to do a triathlon,” Harris, 44, told PEOPLE after a fitness event with Cigna led by his personal trainer, Alex Dropo. “But not run a whole marathon and then bike a hundred miles. That’s crazy.”

Harris is all about challenging himself physically and changing up his workout routine but says his focus is on longevity, not muscle gain. And for that, he looks somewhere unexpected.

“I’m so impressed with the bodies of circus performers,” he says. “They look like regular people, but they’re fit enough to climb up the side of a building. That’s kind of my ideal.”

Harris says his work usually dictates his workout goals and routines. When he was prepping for his Broadway run as Hedwig in Hedwig and the Angry Inch, he had to lose 20 lbs. and adopt more feminine movements. And most recently, to play Olaf in A Series of Unfortunate Events, he said he needed to move in an “older” and more “angular” way. Harris actually brought Dropo with him to Vancouver to work on perfecting his mannerisms.

But work is not the only thing that inspires Harris to stay in shape. The abundance of outdoor activities where he lives in Vancouver with husband David Burtka and twins Gideon Scott and Harper Grace, 7, motivate the family to get moving as often as they can, whether to hike, kayak or pitch a tent and camp.

Harris says the twins keep him on his feet — and on his toes. And as they’ve gotten older, they continue to surprise him, especially with how sweet and thoughtful they’ve become.

“I don’t think I expected them to have such caregiving traits,” he says of the twins. “They’re wonderfully helpful and supportive. And if I’ve taken a red-eye flight from Vancouver and I’ve only gotten a few hours of sleep, I’ll be woken up sometimes by the kids having made me breakfast in bed, and making sure I’ve got an extra pillow behind my head. They’re very sweet and nurturing, which I just didn’t expect at such a young age.”

The family is one of Hollywood’s most adorable — and they’re known for their epically coordinated Halloween costumes. Though the big day is still a few weeks away, Harris says he and Burtka already have an idea in mind for this year’s costume. It just may take a little convincing when it comes to the kids.

“We have something in mind. We’ll see if the kids will agree to it. It might take some bribing,” he says jokingly.

In fact, the Burtka-Harris twins actually get two Halloween costumes. In addition to their family ensemble, they get to choose their own costumes to celebrate the festivities with their friends.

“They get to wear whatever they want for Halloween, trick-or-treating, the 31st,” Harris says. “And we still claim responsibility for the photo, which isn’t what they wear out for trick-or-treating.” 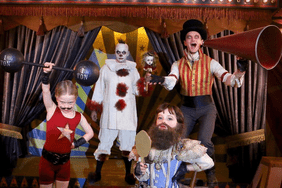 'Step Right Up!' Neil Patrick Harris and Family Outdo Themselves for Halloween - See Their Carnival-Themed Costumes 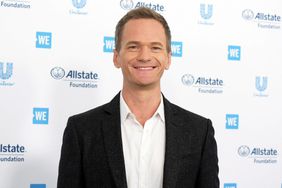 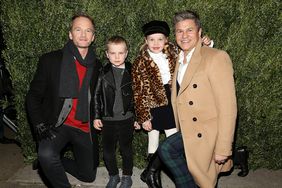 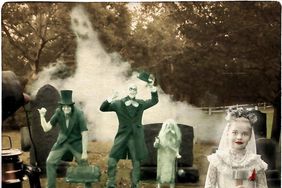 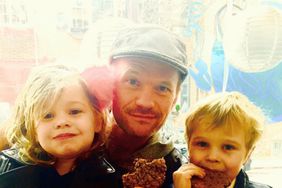 Neil Patrick Harris Opens Up About Working Away From His Kids: 'Long Distance Is Difficult' 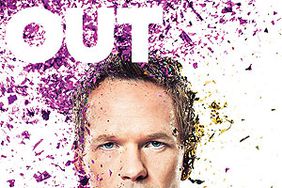