The officer allegedly insisted that the woman breastfeed in the bathroom

A group of Oklahoma mothers organized a breastfeeding sit-in after an official allegedly told a woman that she couldn’t nurse in a courthouse.

The incident, on March 12, occurred when a woman started to breastfeed while waiting in a hallway at the Tulsa Municipal Courthouse.

“A woman had an obviously hungry baby, he was crying and fussy, so of course, like any mother would do, she just began to feed her child,” Savannah Barron, an expectant mom who was nearby that day, told Fox 23 News. “She wasn’t trying to get a reaction out of anybody.”

Barron said that she and the mother were both “shocked” by the official’s reaction.

“He very rudely and harshly told her ‘You need to go to the bathroom to do that.’ You could see she was flustered and scatterbrained, and it really just upset her.”

Breastfeeding in any area, public or private, is legal in Oklahoma and in all 50 states.

Barron and the mother both filed complaints against the official, and the City of Tulsa said Friday that he is now on administrative leave, according to ABC 8.

Barron posted about the incident on Facebook, which inspired Brooke Jensen and other mothers in the area to organize the sit-in, held Friday outside the entrance to the courthouse.

She added that breastfeeding should not cause this much turmoil.

“We have enough, as mothers, going on in our lives,” she said. “Enough ridicule as it is for anything else we do. This is one thing. It’s a law. Just let us be.” 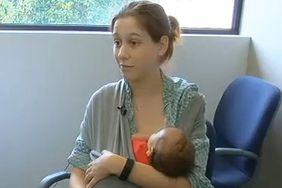 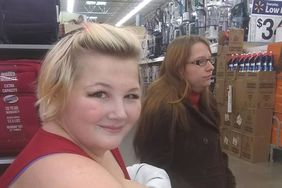 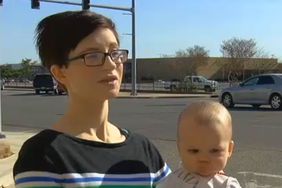 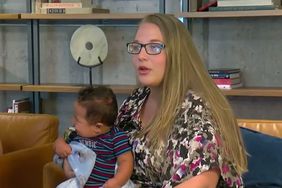 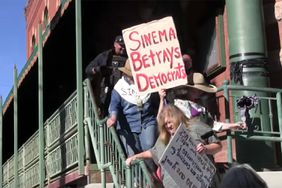 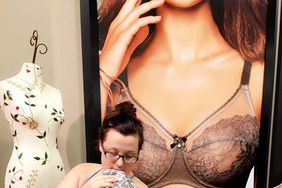 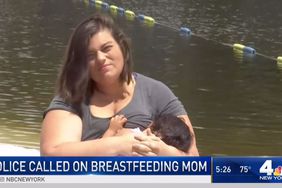 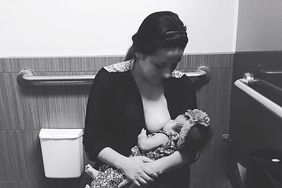 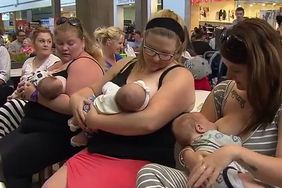