On the night Johnny Stack decided to take his life in November 2019, he drove his car to the top floor a six-story parking garage near his home in Lone Tree, Colo., turned off the engine and sat there staring at the numbers on his odometer.

The 19-year-old college student and math whiz snapped a photo of the mileage reading and posted it, along with a cryptic message, on Snapchat. Then 40 minutes later Stack walked to the ledge and jumped to his death.

"There was a video camera in the garage," says Johnny's mom, Laura, 52, trying to choke back tears while recounting her son's final moments in an interview in this week's issue of PEOPLE.

"But I can't watch it. They say he stood there with his arms spread out like he thought he was going to fly off the building. And now he's gone and there's nothing we can do about it."

While she can't bring back her son, Laura has worked tirelessly since his tragic death to try and prevent what happened to Johnny from happening to others. Before he died, he had spent five years battling an addiction to high-potency marijuana that left him convinced that mobsters were trying to kill him.

"What happened to him is 100 percent preventable," she says. "I know that with all my heart."

Johnny's death is part of a frightening trend in Colorado, the first state to legalize marijuana for recreational use for those over 21 in 2012.

Between 2017 and 2019, the number of teens smoking or dabbing (when the drug is inhaled after being vaporized with a butane torch) high-potency concentrates known as shatter, wax and budder, rose from 20.3 percent to 52 percent, according to a recent study.

"This isn't the same marijuana that people were using at Woodstock or in the early 1980s that had about 4 percent THC," says Dr. Chris Rogers, a child and adolescent psychiatrist who has seen increasing numbers of teen users with depression and suicidal thoughts admitted to his clinic in Aurora, Colo.

Even more alarming, in the last five years THC (the chemical that gives pot its "high") is the number one drug found in the blood of teen suicide victims.

High-potency products can contain up to 90 percent THC. These concentrates can also have devastating effects on users' mental health, leading to depression, suicidal ideation, psychosis, and schizophrenia.

"We learned that he'd been sober for weeks," recalls Laura, whose son — who had a 4.0 GPA in high school and racked up a perfect score on his SAT test in mathematics — had been diagnosed with cannabis-induced schizoaffective disorder and put on an anti-psychotic medication.

"But he'd stopped taking his anti-psychotic medications that doctors had prescribed him and his psychosis came roaring back."

Months after Johnny's death, Laura teamed up with Dawn Reinfeld, executive director of Blue Rising Together and mother of two teenagers, to use the story of her nightmare to push for a new state law that would restrict teens' access to these highly potent cannabis products.

In June, their efforts paid off when their bill was signed into law by Colorado Gov. Jared Polis.

The new regulations will limit the amount of concentrate products that 18- to 20-year-olds can buy in a single day, upgrade a statewide tracking system to prevent them from sidestepping the regulations by purchasing from different dispensaries, create stricter regulations on medical cards, and fund further research into how concentrates affect developing teen brains, among other things.

But the pair's legislative victory is bittersweet for Laura, who knows the new regulations can't bring her boy back.

Last year she wrote a book — The Dangerous Truth About Today's Marijuana — about her family's ordeal and launched a foundation called Johnny's Ambassadors.

"Marijuana took my boy's life and I'm so angry," say Laura, who now spends 80 hours a week talking to teens and parents via webinars and conferences about the dangers of concentrates.

"This is my mission now because I missed everything — and I didn't know anything." 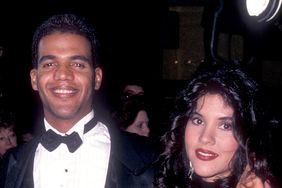