Mindy Kaling is sending words of encouragement to fans after she asked for photos from their mammogram appointments — and got hundreds of responses.

The Office star, 42, shared a photo on Thursday in a hospital-chic pink robe ahead of her annual mammogram, and told her followers that if they shared their own pre-mammogram snap, she would comment on their post.

"Feeling cute in my annual mammogram robe!" Kaling tweeted. "Last year a lot of women missed their yearly mammogram, hopefully you can make an appointment to get checked. It's so important. Tag me in your mammogram pic and you KNOW I'm gonna comment."

Her tweet quickly racked up thousands of likes and more than 300 comments from women and men as they prepared for a breast cancer check.

"Found a lump in my breast last summer. Luckily it was just a cyst. Loved this little robe though," wrote one follower, to which Kaling responded, "Awesome!!"

Another woman wrote, "I'm 26 so too young for a mammogram but I'm BRCA1 positive so my yearly MRI pic (with a pic I carry with me of my mom who died way too young of ovarian cancer) will have to do instead," and Kaling said "Thank you for sharing."

The Never Have I Ever creator also sent a heart to a male follower who said, "Mammograms. Not just for women! Found a lump and got that s--- checked out. I got lucky it was fine but you don't know until you know."

It's recommended that women with an average risk of developing breast cancer start getting yearly mammograms starting at age 40, and those at a high risk — people with a history of breast cancer in their family or with gene mutations — start earlier.

Kaling is an advocate for early cancer detection, a cause close to her heart after her mom, Swati, died of pancreatic cancer in 2012, eight months after she was diagnosed.

"When I was growing up, my mom was always there for me," Kaling said in a 2019 PSA for the Pancreatic Cancer Action Network. "We shared everything together, so when I found out that she had been diagnosed with pancreatic cancer, it was one of the toughest moments of my life. We did everything we could for her, but we just hadn't caught it in time."

The Mindy Project star continued, "Before she died, I asked her to give me as much advice as she could. The most important thing she told me was to always be my own best friend, and that's why I'm standing here today with my mom in spirit, to continue her fight by advocating and supporting research that advances early detection and treatments for pancreatic cancer patients and their families. Because when we do that, we give those fighting today a chance at a life that my mom didn't have." 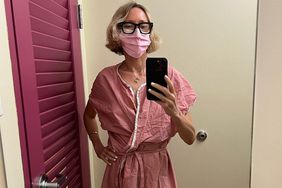 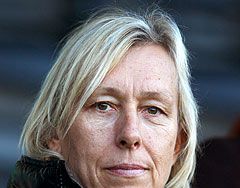