Measles cases in the United States hit a five-year high as of April 4, the most since 2014. This news comes as New York City declared a public health emergency to manage the ongoing measles outbreak in unvaccinated areas of Brooklyn.

The new weekly report brought the total number of reported cases to 465, a large increase over the previous year’s total of 372 — and it comes only three months into 2019. The number of cases is the most since 2014, when a major outbreak led to 667 cases.

Along with the higher numbers, four more states reported their first cases of measles for 2019, and the highly contagious disease has now reached one-third of the country.

Though measles were considered eradicated in the U.S. as of 2000, thanks to the measles vaccine, the disease is spreading in areas where people go unvaccinated. This is partially due to the spread of misinformation about the vaccine, which has led parents to opt out of giving children the life-saving protections.

Others opt out based on religious beliefs, which is the main reason for the outbreak in New York City. The measles are quickly spreading in the Orthodox Jewish communities in Williamsburg and Borough Park, Brooklyn.

The outbreak led NYC Mayor Bill de Blasio to declare the public health emergency, and he will require unvaccinated people in Williamsburg to get the measles vaccine. Those who do not will face violations and potential fines of up to $1,000.

“This is the epicenter of a measles outbreak that is very, very troubling and must be dealt with immediately,” de Blasio said at a news conference in Williamsburg, the New York Times reported. He added: “The measles vaccine works. It is safe, it is effective, it is time-tested.”

The mayor added on Twitter that going unvaccinated puts others at risk.

“Vaccines don’t just protect your child — they protect everyone else around them including infants and people living with long-term illness,” he said. “Protect your neighbors by making sure your family is vaccinated immediately.”

NYC had previously stopped children in these communities from attending school, but that order, from December, proved ineffective.

In Rockland County, about an hour north of the city, another measles outbreak led County Executive Ed Day to ban unvaccinated minors from public areas at the end of March. There are also major outbreaks in the Pacific Northwest, New Jersey and Michigan, according to the CDC.

De Blasio added that the city made this decision with the upcoming Passover holiday in mind.

“The outbreak could in fact especially spread because soon it will be Pesach,” he said. “There will be school vacation. There will be more and more families together. The last thing we want to see is more family members afflicted by this disease.” 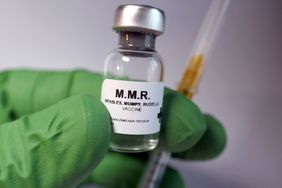 Measles Outbreak the Worst in Over 25 Years with Nearly 1,000 Cases in the U.S. 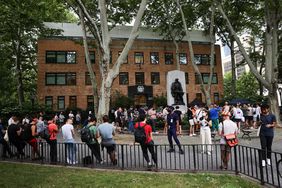 U.S. Will Now Offer Vaccinations Against Monkeypox to Anyone Who May Have Been Exposed to the Virus 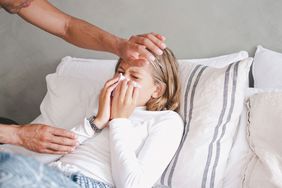 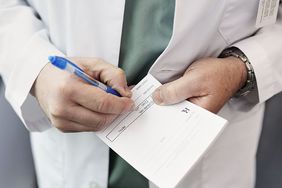 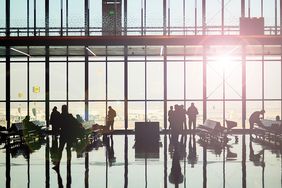 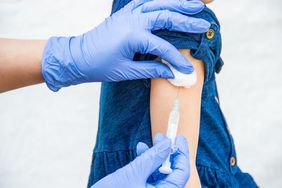 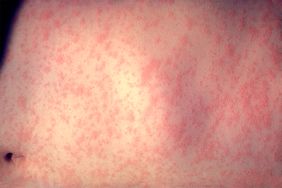 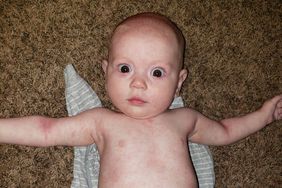 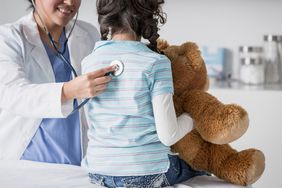