McKenzie Westmore Reveals That She Has Tourette Syndrome: 'I Was Afraid it Would Hurt My Career'

For 31 years, McKenzie Westmore had a secret that only her very inner circle — her parents, her husband and her son — knew. At 10 years old, she was diagnosed with Tourette syndrome, and has spent the rest of her life trying to hide the verbal and facial tics she has every day.

Now, at 41, Westmore wants to finally embrace her Tourette’s, and bring greater awareness to the “misunderstood” condition.

“Nine times out of ten, people make jokes about Tourette’s, and I’ve just had to go with it because I didn’t want to be the odd man out,” she tells PEOPLE. “And I’ve realized that there’s no such thing as the odd man out, because we all have our own oddities. We should all have that freedom to be able to speak freely about what our own disabilities are, because we all have our own issues.”

Westmore, an alum of the long-running soap opera Passions, spent the early years of her life getting cruelly bullied by her peers and chastised by her mother for her tics.

“I make a squeaking noise, like a mouse, and I still do it to this day,” she explains. “Most people outgrow it when they’re teenagers, but I did not. Mine exhibits in vocal tics and in facial tics; I furrow my brows. I always had to lie and say that I had dust in my eyes, or if it’s the squeaking noise to try and distract people.”

After Westmore was diagnosed at age 10, her mom repeatedly apologized for scolding her for what she now knew was a nervous system disorder that Westmore couldn’t control. Tourette’s is incurable, and at that point the only treatment was doses of lithium.

“That is a heavy-duty drug that my mom was not going to put a 10-year-old on,” Westmore says. “So I was not put on medication, and I just had to deal with it. And I was brutally made fun of in school, I was bullied, I was beaten up, and I just dealt with it. I had to live with it and get through it.”

Through her “tough” childhood, Westmore relied on her faith and her parents, who allowed her to frequently change schools to get away from her tormentors. She eventually ended up at a performing arts school, where Westmore found her “outlet.”

“Being on stage is when I was able to relax,” she says. “My tics would stop and I would be able to create these characters and ignore everything else.”

After graduating from high school, Westmore dove right into an acting career, though she was always nervous that her tics would betray her.

“I knew that when I got on stage it would simmer down, but I always had that fear in the back of my head that someone will see me, or that it’ll come out in the middle of an audition,” she says.

For years, Westmore kept her Tourette’s under wraps. But she changed her mind after working on the short film Goodbye Dessa, created by a close friend for the Easterseals Disability Film Challenge.

“The majority of our cast and our crew had disabilities,” she says. “And as while we were filming, I started to research it and I didn’t realize that Tourette’s syndrome is considered a disability. I looked at the Tourette’s community and saw that there was no face for this; nobody to speak on their behalf. I wanted to come out with this.”

Westmore wants people to understand that it’s not just a disease that causes people to swear.

“Like autism, there’s a spectrum. There’s a spectrum of your motor and vocal tics, and it goes all the way to swearing, which is actually a very small percentage,” she says. “There are a lot of people who have the degree that I have, and they don’t understand it or their parents don’t understand it. They think it’s them misbehaving, and it’s not, it’s these things they can’t control.”

Westmore says that Tourette’s is not something to be afraid of.

“It doesn’t mean that you’re going to fly off the handle,” she says. “And this is not something you catch. You’re born with it, it’s a genetic predisposition. It’s not anything scary. It’s not misbehaving.”

Westmore is now proud to speak up about her condition, and wants better research into why it happens.

“This was something that I had pushed aside, that I had Tourette’s,” she says. “I thought of it as this annoying thing. I’ve realized that I don’t have to hide from it any more. I don’t need to stay quiet. I can tell people and not be embarrassed.”

CBS News' David Begnaud Opens Up About Overcoming Tourette's Syndrome: 'It Was Debilitating as a Child' 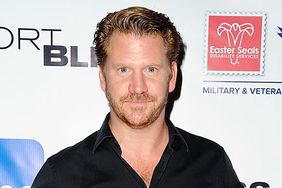 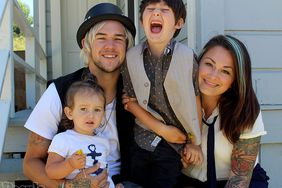 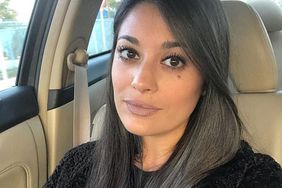 Dr. Arthur Shapiro's Battle Against Tourette Syndrome Gets a Boost from TV's Quincy 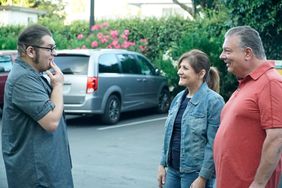 Man Confronts Fear of Disclosing His Autism to Potential Employers: It 'Can Be a Positive Asset' 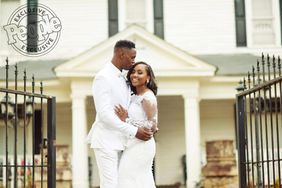