Massachusetts Is Banning the Sale of All Vaping Products for 4 Months, Governor Declares

The sale of all vaping products will be banned in the state of Massachusetts until January, Governor Charlie Baker declared on Tuesday.

“The use of e-cigarettes and marijuana vaping products is exploding and we are seeing reports of serious lung illnesses, particularly in our young people,” Baker said in a statement.

“The purpose of this public health emergency is to temporarily pause all sales of vaping products so that we can work with our medical experts to identify what is making people sick and how to better regulate these products to protect the health of our residents,” he continued.

Baker’s office said in a press release that the temporary ban is a response to “confirmed an suspected cases of severe lung disease associated with the use of e-cigarettes and marijuana vaping products in the Commonwealth.”

The ban includes flavored and unflavored products, the release said, and includes tobacco and marijuana products. The ban will go until January 25 of next year.

A press release from Baker’s office said that the Governor’s “Administration will work with medical experts, state and federal officials to better understand vaping illnesses and work on additional steps to address this public health crisis.”

“This could include legislation and regulations,” it continued. “The Administration will also work on providing more resources for a public awareness campaign and smoking cessation programs.”

“As a result of the public health emergency, the Commonwealth is implementing a statewide standing order for nicotine replacement products, like gum and patches, which will allow people to access these products as a covered benefit through their insurance without requiring an individual prescription, similar to what our Administration did to increase access to naloxone,” Sudders said.

On Monday, a man in Kansas died from a vaping-related illness, Kansas Governor Laura Kelly announced. His death marked the second person to die in association to vaping in the state and the ninth in the country.

The Centers for Disease Control said last week that there were 530 reported cases of severe lung illnesses linked to vaping in 38 states as of last Thursday. 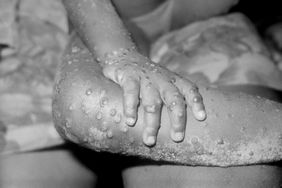 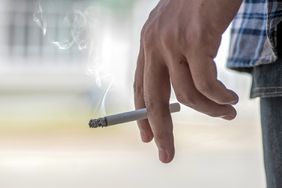 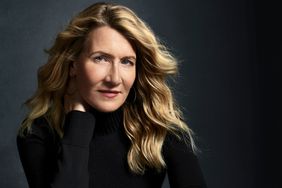