Mariah Carey may have scored a hit with “Touch My Body,” but the singer’s mindset when she was pregnant with twins was more like, Don’t Look at Me.

At her peak pregnancy weight, Carey, 42, was so disgusted with her physique that she refused to let even husband Nick Cannon see her unless she covered up first, she said Tuesday.

“I had a towel on in the tub,” Carey, who gave birth in April, says. “I m not lying, I promise you! You think I would let Nick see me looking rancid like that?”

The Grammy winner, who says she’s lost a total of 70 lbs. after the twins, was interviewed by Gayle King at a New York media appearance to promote Jenny diet products, for which Carey is now a spokeswoman.

Carey says she gauges her weight by dress sizes and her appearance in the mirror, and noticed swelling from her ankles to her chest when she was pregnant.

But, during her check-ups, she chose to remain in the dark about exactly how many pounds she had gained.

“I didn t want to know, because why would I want to feel that bad?” she explained. “I know it was a number that I never want to see again.”

“I had, like, no bones for a while,” she says, gesturing to her collarbone. “It’s important to me to feel my bones!”

Carey says she cooked hearty Italian meals and “soul food” throughout her pregnancy, and admitted that it’s easy to overeat when you’re eating for two – or in her case, three.

“Maybe the portions weren t what they should ve been,” she said. “Even as a pregnant woman you kind of have control over it, but you don t feel like it when you re pregnant.”

After giving birth, Carey says, she lost 40 lbs. in water weight and another 30 lbs. with the help of the Jenny diet program. 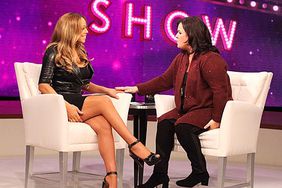 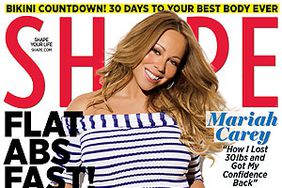 Mariah Carey: How I Got My Body Back After Baby 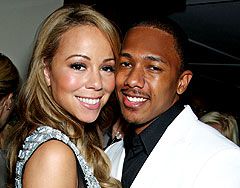