Lena Dunham Says Her Cane Is for Her Ehlers-Danlos Syndrome Flare Up: 'I'm Struggling'

Lena Dunham isn’t afraid to admit that she needs a cane at times.

The actress and writer, 33, was leaving a doctor’s appointment in Los Angeles when paparazzi photographed her holding a cane. Dunham decided to address her situation directly, and shared the photo on Instagram to explain that she’s struggling with Ehlers-Danlos syndrome, a rare disorder that causes weak and painful joints, and loose skin.

Dunham said she could have lied about the photos and claimed she was in a Halloween costume, but chose not to.

“The truth is just: This is what life is like when I’m struggling most with chronic illness,” she wrote. “An Ehlers-Danlos syndrome flare means that I need support from more than just my friends… so thank you, sweet cane!”

The Girls star said that choosing to use a cane is a big step.

“For years, I resisted doing anything that would make my physical situation easier, insisting that a cane would ‘make things weird.’ But it’s so much less weird to actually be able to participate than to stay in bed all day,” she said.

Dunham also owned up to wearing her nightgown outside.

“Yes, you’d better believe I’m wearing my nightgown. I was walking four feet to the car to go to the doctor and I wanted to be full cozy,” she said. “I mean, didn’t Bieber wear hotel slippers for like five years? Yeah, so I can wear my glamour nighty for two hours.”

Along with the paparazzi shot, Dunham shared a second photo from later that day.

“An hour later, I’m in a meeting look tackling the job I love,” she said. “That’s the two-fold life of a woman with chronic illness; we still rock our dreams and goals and passions (and fashions) and we live many lives in one day.”

Between her Ehlers-Danlos syndrome and endometriosis, Dunham is innately familiar with life with a chronic illness. In Nov. 2017, after years of endometriosis pain, she underwent a full hysterectomy to remove her uterus. She later had her left ovary removed as well to address lingering pain, and during her recovery, Dunham developed a “dependency” to the anti-anxiety medication Klonopin.

But in April, after going to rehab, she celebrated one year of sobriety.

“Sobriety hasn’t fixed my world. Life is still challenging- that’s the nature of the game,” she wrote. “But every day I am surprised by the richness and depth of, well, reality. I don’t need to escape this beautiful carnival. Instead, I’m on the ride.” 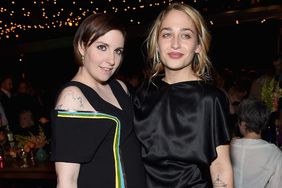 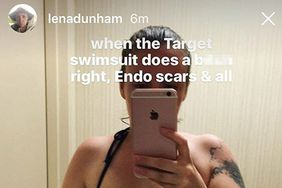 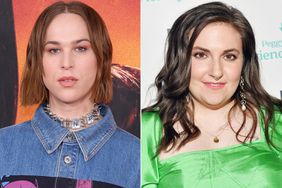 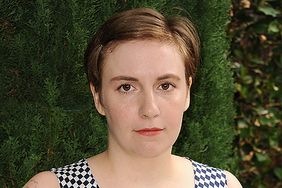 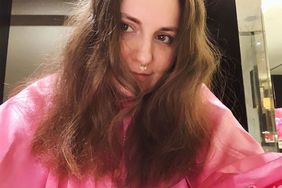