"This whole experience, as hard as it's been, has been a blessing in a sense because I've been given so much," Wasser tells PEOPLE exclusively

The model went from being a healthy, active, 24-year-old with a thriving career to needing a below-the-knee amputation of her right leg after contracting toxic shock syndrome — a potentially fatal complication from bacterial infections — from wearing a tampon.

“As soon as I got back home [from the hospital], it was like reality hit,” Wasser, 30, tells PEOPLE exclusively in this week’s issue, which also includes her first photos as a double amputee. “The identity that I knew was completely stripped of me.”

The transition wasn’t easy. During the four months she spent in the hospital, and the following eight in a wheelchair, Wasser would often hide away in her bedroom because she “hated everything.”

“The sun would bother me because it was another day that I would have to try to live through,” she says. “The pain was just excruciating.”

At one point, Wasser reached a point so low that she considered suicide — but thoughts of her younger brother Christian Cook and mother Pamela inspired her to stay strong.

“My little brother at the time was 14, and he was usually the one coming home first before my mom, and the idea of him finding me was terrifying because I knew he would have to live the rest of his life knowing I had given up,” she says. “That’s just not in my blood. I’m a fighter.”

A turning point for Wasser was meeting her photographer girlfriend, Jennifer Rovero, who helped her immensely during her recovery. “I wouldn’t have gone out of that prison in my own mind if it wasn’t for her,” Wasser says.

Wasser and Rovero were acquaintances before the incident and would often see each other at clubs.

“I would be out with my own group and she would always see me from across the room and do this camera thing, like, ‘Can I take your picture?’ And I’d be like, ‘No,'” says Wasser. “She was relentless. We’d always run into each other, and see each other, but we were never really friends.”

Rovero reached out to Wasser during her recovery without knowing the model was at one of her “lowest points.” She asked to meet up in Los Angeles, but Wasser lied and said she was in New York because she was still in a wheelchair — and she wanted to be able to walk the next time she saw Rovero in person.

“I wanted her to be able to see me not for my disability, but for who I am, and for what I’ve gone through,” she says. “I used [the prosthetic] as much as I could, and I made sure I got to a point where I was comfortable, and I called her, and I was like, ‘I’m in LA!’ ”

“As soon as she opened the door, I think she was like, ‘Whoa,'” she continues. “I was like, ‘You need to sit down, I gotta tell you something.’ So, that’s kind of how it all really fell into place.”

From then on, Rovero reminded Wasser of who she used to be and what she used to love, and encouraged her to wear shorts that showed off her prosthetic for the first time.

“I was hiding in 100-degree weather in hoodies and sweatshirts, and I would walk around and make sure I’d walk with no limp, because I didn’t want anyone to tell that I didn’t have a leg,” she says, adding that the moment she wore shorts made her feel beautiful again. “[It] released me of what I was hiding from.”

Rovero also took hundreds of photos of Wasser as she recovered.

“Her photography really allowed me to see that I wasn’t what I thought I was because I hated myself,” she says. “I was in such a cloud in my head, and I only saw one thing, and that wasn’t pretty. She just showed me what I needed to see.”

In 2015, Wasser returned to modeling; her first major gig since losing her leg was a holiday catalog for Nordstrom. She went on to star in the DirecTV show Loudermilk in 2017.

For the past few years Wasser and Rovero have been fighting to spread awareness about TSS disease and to enact change in Congress for safer tampon products.

“I’m so grateful for her,” Wasser says. “We’ve been doing this together, it’s not just been me, it’s been this amazing support that I’ve had since day one. It’s been a team effort, for sure.”

For more on Lauren Wasser, pick up the latest issue of PEOPLE on newsstands Friday.

These days Wasser is adjusting to life as a double amputee after having her left leg amputated below the knee in January due to initial damage caused by the 2012 incident. She’s looking forward to getting her second gold prosthetic leg, and to modeling and acting again. She admits that she never thought she could be this happy.

“Jennifer and I joke about it all the time, it’s unbelievable that this is where we are,” she says. “I was going to give up. I see my little brother now and he man that he’s becoming. I would have missed out on all of these things [like] being able to call my mom and tell her I love her, and to even just meet Jen. I wouldn’t have been able to do that and to know what love really is. I think that that’s just gifts that you can’t buy.”

She adds: “This whole experience, as hard as it’s been, it’s been a blessing in a sense because I’ve been given so much.” 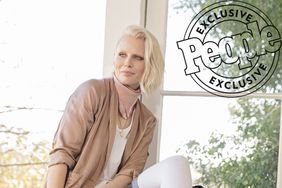 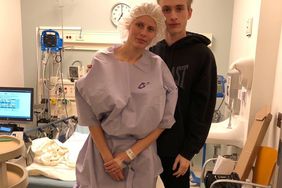 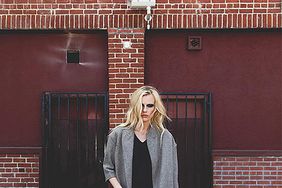 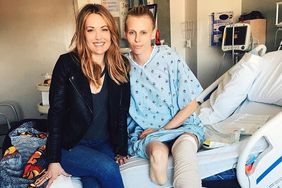 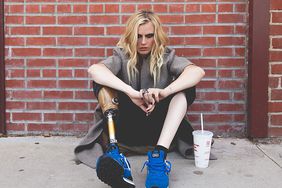 After Toxic Shock, Model Lauren Wasser Says She Will Never Use a Tampon Again 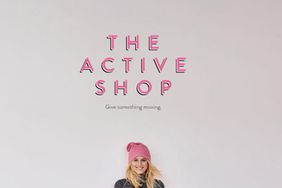 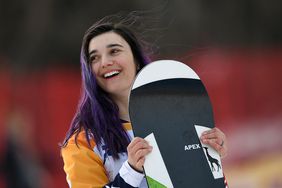