Lana Condor's Body Dysmorphia Started in High School: 'I Was Constantly Critiquing Myself'

"I don't think I recognized that there was an issue," the To All the Boys actress tells PEOPLE

In the To All the Boys movies, Lana Condor's Lara Jean navigates the highs and lows of high school (first love! prom! college applications!). In real life, Condor, 23, dealt with her own challenges during her high school years.

For more Lana Condor, pick up the latest issue of PEOPLE, on newsstands Friday, or subscribe here.

Condor's commitment to her craft meant spending a lot of time in a leotard examining the way her body looked and moved. And that started taking a toll on her mental health. "I was constantly critiquing myself because all you see is yourself in the mirrors, wearing the bare minimum," Condor recalls.

"That's all I would eat, but I would be burning so many calories. And I'm like, how did I even survive?" she questions. "I don't know how I pulled that off. The amount of energy I was putting out versus the amount of food I was eating — that was not healthy."

The actress didn't realize she suffered from body dysmorphia, defined by The Mayo Clinic as a mental health disorder in which a person "can't stop thinking about one or more perceived defects or flaws" in their appearance, until she entered Hollywood. "In my dancing days, I don't think I recognized that there was an issue," Condor says. "I didn't realize that I have body dysmorphia until I started acting and seeing photos of myself."

Pictures of Condor at the London premiere of 2016's X-Men: Apocalypse, her first major acting role, particularly sparked a moment of understanding for her.

"I remember at the time feeling like I looked horrible. I thought I had never been bigger, I had never looked worse," she admits. "And then I see the photos again and I'm like, 'Oh my God, Lana, the way you were talking about yourself and the way that you saw yourself was so not the reality.' It really opened up this like, there's a lot you need to work on."

Condor leaned on her parents, Bob and Mary, and her boyfriend of five years, recording artist Anthony De La Torre, for support.

"He has really let me open up and made me feel comfortable talking about it," the Vietnam native says. "Because I really have not been very comfortable talking so openly about my mental health struggles, but he's been the person who's been like, 'Let's talk through this. There's no shame behind it.' He has helped me so much in creating a safe space where I feel I can actually talk about anything and everything that is going on in my head and in my body."

RELATED VIDEO: Lana Condor Reveals Her Boyfriend 'Forgot' About Valentine's Day This Year: He 'Truly Did Not Remember'

"The healing is going to be a journey," Condor continues. "Every day it's talking to yourself like you're your own best friend."

With To All the Boys: Always and Forever, the third and final movie in the franchise that skyrocketed her to fame, out now, Condor feels like she can look back on the journey and appreciate how much she's grown mentally and physically. "On my first movie, I didn't really have boobs. And in the third movie, I have boobs, and that's just what it means to become a woman," she says. "I very much grew up in the To All The Boys movies."

Relocating from Los Angeles to Seattle with De La Torre, 27, pre-coronavirus also helps Condor stay in a positive headspace. Condor found L.A. to be "intense" and "fast-moving," a city where she could easily get "swept up and not" care for herself.

"The place I go home to, I need it to be smaller for my own health. I want my home to be quiet," Condor says. "We want our world to be slower and still. Our real voice was one of mental and physical health. Being out here is better for us."

Being home during quarantine inspired Condor and De La Torre to make music together. They collaborated on "No Way" and the upcoming duet "Anyone Else But You," and the process helped Condor get in touch with her emotions.

"In no world would I have ever felt comfortable writing music that feels pretty vulnerable, but now I'm like, 'Yes, let's get out our journals and like share,'" Condor says. "There's no one else I'd want to be doing life with than Anthony."

If you or someone you know is battling body dysmorphia or an eating disorder, please contact the National Eating Disorders Association (NEDA) at 1-800-931-2237 or go to NationalEatingDisorders.org. 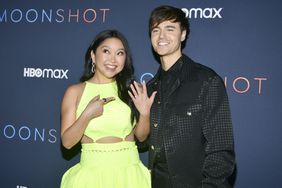 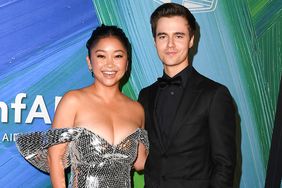 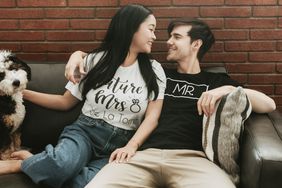 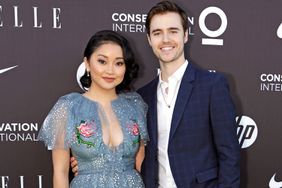 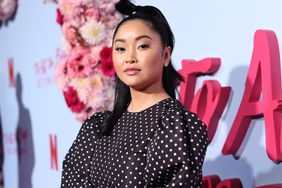