Katharine McPhee is focused on treating her body better after dealing with disordered eating and bulimia.

The actress and singer has a better understanding now of what her body needs, like time in the gym.

“I’m taking the most care of myself when I have a really strong workout,” McPhee, 33, tells Health magazine for their December cover. “And then, when I go to therapy. It’s not as consistent as I’d like it to be, but when I make the text appointment, I feel like I’m taking care of myself, and that makes me feel like a responsible human being.”

She also knows her limits when it comes to healthy eating.

“I can’t do [juicing] — it’s too restricting for me,” McPhee says. “Personally, juicing is not interesting enough for me; I like to, like, eat my food. I love salads, I love clean food; it makes me feel good. But the idea that you can never eat a burger and French fries [without gaining] weight five days later? I just don’t believe that’s true.”

Now she’ll happily enjoy her favorite foods, regardless of how “bad” for you they may be.

“If there’s somewhere special I wanna go — like for Mastro’s butter cake or a pizza with some delicious red wine — I break every rule,” McPhee says. “I’m gonna have the appetizer, the entrée, some of your entrée, and dessert, just because I love food.”

Her newly balanced lifestyle is better for McPhee’s body confidence.

“I know when I feel best, so I have to fight the times when I don’t feel my best. I used to drive my poor ex-husband [Nick Cokas] crazy, because I was so thin and saying, ‘Oh I’m fat.’ I’ve moved away from that, thankfully, and I’ve grown up,” she says.

And she has a new-found love for her body — especially her stomach.

“I’m really loving my abs right now,” McPhee says. “I like a move on the bench where you bend. And the scissors are, like, crazy. It’s the knees coming and and then out that works a different part of your lower abs. But it’s really the number of reps that you’re doing.” 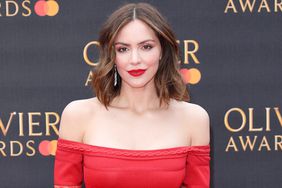