In her new book When Life Gives You Pears, comedy writer and mom of five Jeannie Gaffigan chronicles her health crisis and its impact on her family

Jim Gaffigan initially felt confident that his wife Jeannie would be able to handle brain surgery.

While doctors had found a 6-cm tumor the size of a pear on her brain stem in March 2017, Jeannie and Jim were optimistic about her recovery. “This is also the person that delivered a baby and then an hour later made breakfast for everyone,” Jim, 53, tells PEOPLE in this week’s issue. “Do you know what I mean?”

But after the tumor was successfully removed in April, Jeannie, 49, suffered complications from the surgery. She had nerve damage that left her unable to swallow anything, even water, as well as bilateral pneumonia. She had to be put on a breathing and feeding tube to survive.

“The doctor said, ‘This is very concerning,’ and I saw fear in his face,” Jim recalls. “That was the day I was most frightened. It was definitely a period where I was like, ‘Alright, I’m probably going to be a mediocre single father of five.”

Now Jeannie is opening up about her health scare in a new book, When Life Gives You Pears. “The truth is, that weekend I knew I had to have brain surgery and I didn’t know what my life was going to be like afterwards,” she says. While Jim became the primary caregiver for both his wife and their five kids, Jeannie had to let go and focus on recovery.

“He had to do all of it without knowing what it was,” says Jeannie, who had a tracheostomy for a month and the feeding tube for four months. “He was learning the schedule and he was the boss. He was becoming me.” During the most frustrating moments, “I think I just ate,” Jim adds. “I don’t know. It was a no-win situation.”

Now more than two years post-surgery, Jeannie is still dealing with the effects of the surgery — she is currently being treated for a paralyzed vocal chord — but she is back to work and more grateful than ever for her husband and their family.

“I would not have known that being away from my kids would be so heartbreaking. Now my heart explodes when I’m with them,” she says. “And I’m grateful that I understand why God gave me the most generous, loving, fantastic and funniest husband in the world.”

When Life Gives You Pears hits bookshelves on Oct. 1. 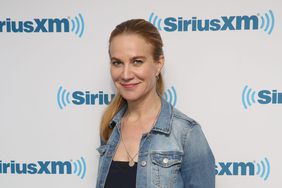 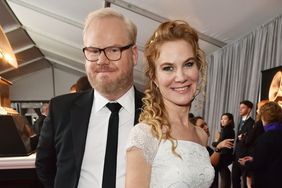 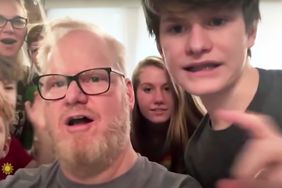 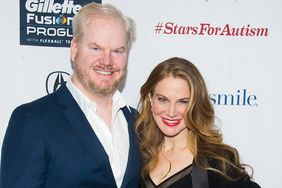 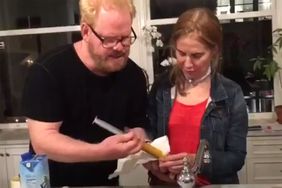 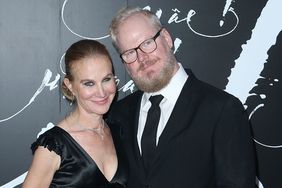 Jeannie Gaffigan Steps Out for the First Time Since Her Brain Surgery 5 Months Ago: 'I'm Really Excited' 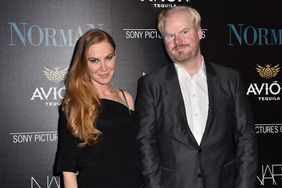 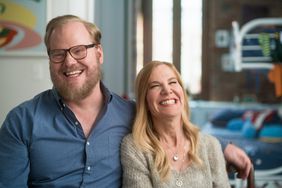