Jenna Jameson Shares What She Eats Daily on the Keto Diet: 'You Will See the Weight Drop Off'

Jenna Jameson eats whenever she's hungry, but the pounds are still falling off, thanks to the keto diet.

Jenna Jameson says eats whenever she’s hungry, but the pounds are still falling off, thanks to the keto diet.

The former adult film actress, 44, shared with fans in a recent #MondayMotivation Instagram post an “updated menu” of what she eats daily. She’s dropped more than 80 lbs. on the keto diet — a low-carb, moderate protein and high-fat eating plan — since giving birth to her daughter Batel Lu in April 2017.

After waking up at 8 a.m., the mother of three drinks a cup of coffee with stevia and sugar-free creamer. Three hours later, she eats breakfast — usually three hard-boiled eggs, which she’s already cooked, mixed with one avocado and “everything but the bagel” seasoning.

Jenna Jameson Shares Her Tips for Starting the Keto Diet: ‘Be Positive and Visualize Success!’

At 2 p.m., she cooks steak in some avocado oil for lunch and serves it on a bed of arugula. Two hours later, she snacks on a cup of cottage cheese and then eats dinner at 5 p.m. For her last meal of the day, she often opts for salmon seasoned with lemon butter and dill and a side of asparagus or broccoli.

In the post, the Playboy TV alum also gave a few words of caution to her fans — namely, that it’s okay to mix meat and dairy on the diet (she just doesn’t as she keeps kosher) and that “if I feel hungry, I EAT!!!!” because she’s still breastfeeding.

She also recommends “staying away from keto breads and snacks” and instead choosing “whole organic foods … You will see the weight drop off.”

To conclude, the New York Times best-selling author writes: “Remember my friend, losing weight isn’t easy, it’s a challenge. Push past your fear of failing and make the change! Love you!”

Now she’s got her diet down pat, Jameson recently shared with fans how she’s toning her new figure without going to the gym.

“Exercise is starting to pay off. Yes I’ve lost the weight I wanted, but I want to feel toned,” she wrote alongside a before-and-after shot of herself posted on Instagram in late November. “At my age it isn’t easy. I’m almost 45. Honestly I despise the gym. I feel self conscious and anxious when I’m there.”

She explained that she incorporates mommy-and-me time into her workouts and finds ways to bring fitness into her daily routine.

“I told myself I would strengthen myself by hiking with Batel, walking as much as possible and run stairs,” she wrote. “It’s working. This progression proves you don’t have to spend hours in a gym… get out, move your body and live life!!!!” 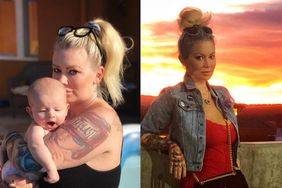 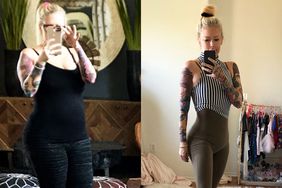 Jenna Jameson Now Down 63 Lbs. with Keto: 'I'm in Awe that THIS Body Birthed Three Humans!' 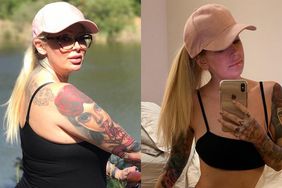 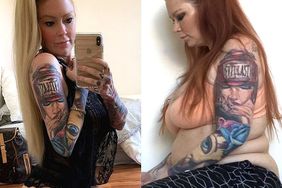 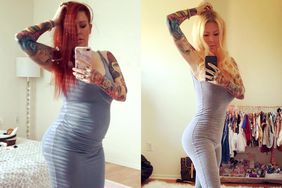 Jenna Jameson Reveals Exactly What She Ate Every Day to Lose 60 Lbs. After Giving Birth 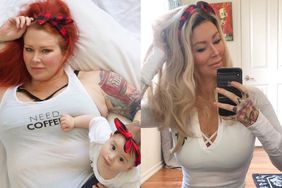 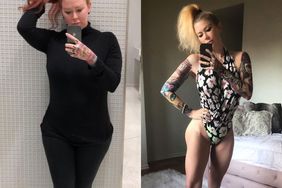 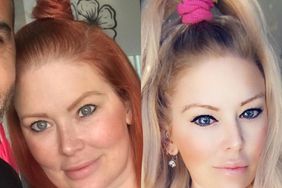 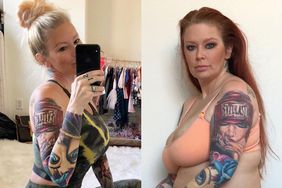 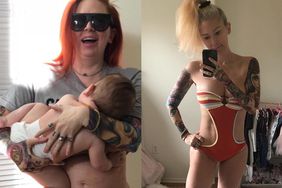 Jenna Jameson Shares Photo of Herself at Her 'Heaviest' Post-Baby: 'I'm So Sorry to My Body' 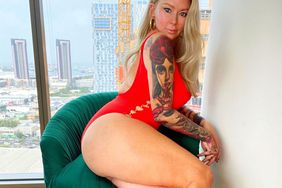 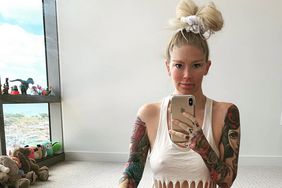 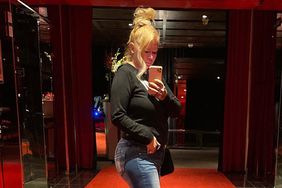 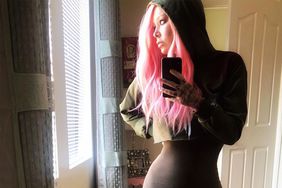