Jameela Jamil is already incredibly open about her past experience with an eating disorder and her fight for body positivity, and on Saturday, she revealed that she has an extremely rare tissue disorder.

The Good Place star confirmed on Instagram that she has Ehlers-Danlos syndrome (EDS), a group of disorders that make the skin extremely elastic and easily bruised, and also makes joints overly flexible.

Jamil acknowledged that she has EDS after sharing a video of herself stretching her cheeks out to the side, with the caption “I’m fine.”

That prompted one of her followers to ask if she had the syndrome, to which she responded, “Indeed.”

Jamil’s confirmation was followed by hundreds of people commenting that they or someone they know also have EDS, and thanking her for mentioning it openly.

The actress has previously commented on photos that show her symptoms. In October, a fan posted a photo where Jamil is hyperextending her elbow, and asked “What the fork is happening to your arm?!” Jamil responded that her arm “is being extremely sexy!”

EDS is caused by gene mutations in tissues and is often passed on through generations. The severity and symptoms differ for each person, but no matter how EDS presents in a person, there is no cure, only pain management for injuries that occur from the syndrome.

The Mayo Clinic also recommends that people with EDS focus on prevention to avoid injuries. They advise limiting any activities that are tough on joints, like contact sports and weightlifting.

RELATED VIDEO: Jameela Jamil Reveals She Developed Seizures After Trying to Eat a Cookie off the Floor

After the success of her I Weigh movement online, where she encourages people to share the things that make them great that don’t have to do with their weight, Jamil joined Aerie as one of their unretouched models.

Talking to PEOPLE about the new campaign, Jamil said that she loves the group that formed from I Weigh.

“It’s this really supportive community where everyone cheers each other on,” she said in January. “There’s almost no negativity on it. It’s all these people who you realize that have been stamped down by society. But they’ve found themselves.” 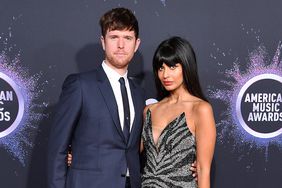 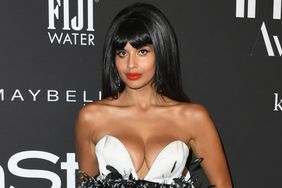 Jameela Jamil Continues to Deny Claims that She Has Munchausen Syndrome: 'We Gaslight People Whose Illnesses Aren't Visible' 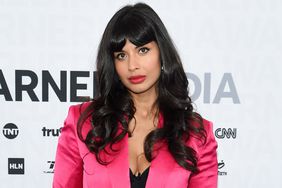