Valeria Lukyanova has headed to the wilderness to flaunt her shockingly svelte figure – and to pose beside a slithery friend.

The Moldovan-Ukrainian model and entertainer – who has earned the nickname Human Barbie due to her physical resemblance to the classic blonde doll – shared a series of new photos on her Facebook page Tuesday in which she’s sporting very little clothing and smiling with a snake.

In the caption-free shots, Lukyanova wears a black hat, sports bra and pair of Daisy Duke-style shorts, topping off the ensemble with laced black booties and a necklace. Her bleached locks are pulled back in a long braid.

The 29-year-old model continues to make headlines for Facebook photos that showcase her doll-like dimensions (although she’s only admitted to having plastic surgery on her breasts.) Earlier this month, she told Cosmopolitan that she did Photoshop one outrageous picture “to achieve smoothness and color correction.”

She also once said in an interview with the International Business Times that she was embarking on a new diet that consisted of only air and light.

While online commenters have been quick to criticize Lukyanova on social media for her hard-to-believe body, she doesn’t sweat her haters.

She told Cosmo, “People who are satisfied with themselves don’t comment on who they don’t like. They will pass by. And those who write nasty [things], they are openly jealous. To have an ideal body is important to every self-respecting girl.” 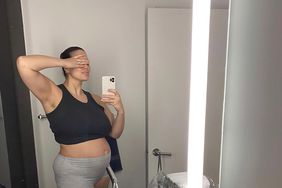 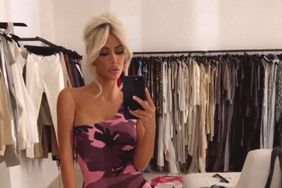