Jeannette Asbury considered herself a "professional" beer drinker, until a yet another hungover morning convinced her to make a change

Jeannette Asbury used to spend her days drinking "a lot of beer every day." It was a habit that became part of her lifestyle — she and her husband would come home from work, grab beers and then follow those up with meals of tater tots with fry sauce and cheeseburgers.

"Not only do you have the beer calories, you have the bad beer calorie choices," the 54-year-old paralegal tells PEOPLE for the Half Their Size issue. "That was an all-the-time occurrence, and it was not healthy."

Asbury hit 312 lbs., her highest weight ever, in 2013, and had "just accepted the fact that I'm a fat person and I'm just going to be a fat person." She was also dealing with health issues — she had "severe" high blood pressure that required a visit to the emergency room one day and ended with a lecture from the doctor about her weight.

For more Half Their Size stories, pick up a copy of PEOPLE, on newsstands Friday

But Asbury continued to eat, drink and smoke heavily, until a year later, when she and her husband woke up with yet another miserable hangover.

"I had gotten up one Monday morning and I was so hungover," says the Stevensville, Montana resident. "I had a cigarette hangover. I had a beer hangover. We went out to lunch for burgers and fries to help kick this and we're just both green. I was like, 'I don't want to do this anymore.' "

That day, Asbury decided to see if she could go the day without smoking or drinking. One day turned into two, and then seven, and then years. That was the first step, and then during a visit home her sister told her about nutritionist Rania Batayneh's The One One One Diet, and Asbury decided to give it a try.

"I could understand the theory behind it," she says. "You get one carb, one fat and one protein every time you eat. Nothing was off limits, but you just had to figure out how to make it fit. And that made it fun for me."

Asbury started experimenting — she could have the hamburgers she loved, but she had to choose between cheese or mayo as her topping; she couldn't have both fats.

"I liked that I was never hungry and I didn't have cravings," she says. "You're not walking around thinking, 'Woe is me, I'm on a diet, I can't have bread or butter.' I can have what I want, and as a bonus, I'm losing weight."

Asbury steadily started losing around 8 lbs. a month, and along with her new eating plan she started exercising regularly. It all started with walking during her lunch breaks — "the first day I went out, I made it 1.4 miles at a blistering pace of 18 minutes per mile. And I thought I was going to die" — but soon she was running.

"Now on my lunch break I can usually get between 6 and 7 miles in," she says. "I turn on the tunes and go, and I'm not afraid to bust out a move in the middle of the trail."

Over the course of 17 months, Asbury lost 171 lbs., more than half her size, and is now 141 lbs. She's also run 23 half marathons, and loves traveling the country (something she was fearful of doing at her heaviest because she wouldn't fit into airline seats) for races.

"My cholesterol and blood pressure are golden. I am in fantastic shape. I have muscle. I have abs," she says. "We went to St. George this summer and climbed around all through the rocks. I never could have even walked out to them before." 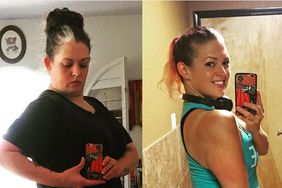 Texas Woman Who Drank 'At Least Every Other Day' Loses 137 Lbs. After Cutting Out Alcohol and Carbs 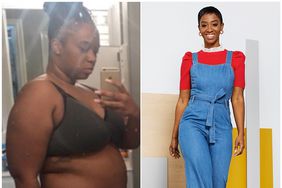 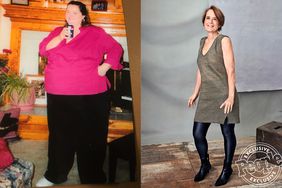 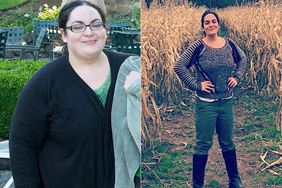 The High (and Low!) Cost of Dieting 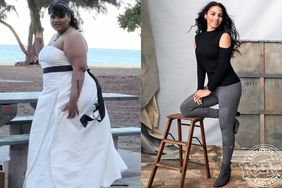 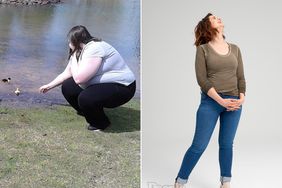