How Scarlett Johansson Shaped Up for 'Iron Man 2'

Even enviable-looking Scarlett Johansson couldn’t disguise her fear at having to don a skintight catsuit for her Iron Man 2 role as the Russian spy Black Widow.

“I kicked some major butt,” the actress, 24, told PEOPLE at Comic-Con of her training regimen to make her a shapely superhero ready for acrobatic battle scenes. “It was many, many, hours, days, and months of stunt training and strength training, but it’s fun because I had a goal. The goal was the Lycra catsuit.”

Was she happy with the results? “Finally I was, yes,” she said with a laugh. “You put that much work into something and you put it on and you better be happy with it.”

When it came to putting on the catsuit, “It was crazy to see it for the first time – everything all zipped up and all the weapons in there, bracelets on, the whole look. It was pretty sweet, I have to say,” she says.

As for the impression it made, “Certainly walking on set, because a lot of the people that worked on the film were fans of the comic and of course they knew the Black Widow – they were all super excited to see the Black Widow,” she says. “When everybody in the crew were like, ‘That looks awesome!’ I knew. Like, ‘Okay.’ ”

“She was wearing an unforgiving costume,” concurred Johansson’s Iron Man 2 director Jon Favreau, who was impressed by his star’s physical commitment to the role. “She didn’t eat much, that’s for sure. She likes food, as do I, and she was definitely on a low-carb diet and training very hard. It was amazing.”

After viewing Johansson’s stunt work, Favreau says, “I think people are going to be very impressed when they see her. It’s totally different than anything you’ve seen her do before.”

And while Johansson’s husband, Ryan Reynolds, has already showed off his beautiful bod in The Proposal, the couple also share something else in common: their reading material.

With Iron Man 2, which opens May 7, 2010, making her a Marvel Comics superheroine, Reynolds has just landed the role of DC Comics’ Green Lantern. As a result, says Johansson, “I have quite a few stacks of comic books,” she says. “We’re in completely different [comic-book] universes over there, but it’s something that I’m certainly delving into for the first time. There is quite a stack!”

Scarlett Johansson Refused to Wear Makeup for 'We Bought a Zoo' 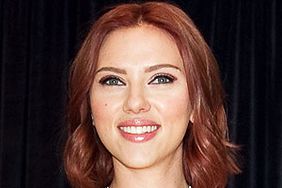 Scarlett Johansson: I Worry About My Body, Too 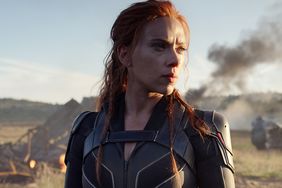 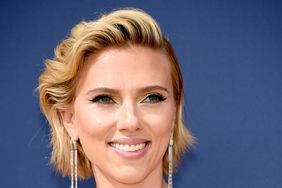