Dr. Michael Gottlieb was working on the front lines of the HIV/AIDS crisis in the early 1980s, helping to write the the very first report on the disease in 1981. The Los Angeles-based allergist-immunologist made federal health authorities aware of the first cases of AIDS — which put his then-job at UCLA Medical School on the line.

After being denied tenure at the famed university, Gottlieb went on to co-found the American Federation of AIDS Research (AmFAR), the first truly national fundraising effort for AIDS treatment and research, and now serves as a staff physician at AIDS Project Los Angeles (APLA). But as Gottlieb explains to PEOPLE, it was a very difficult field to work in during the early days of the disease.

"It was initially a very painful experience; some very bad years," he reveals. "I nearly got out of the field. I nearly stopped working in the field in the mid-'90s, because it was just so bad. I had burn out. I had signed too many death certificates."

In recent years, major developments have been made when it comes to HIV/AIDS treatment, and Gottlieb credits that progress to the work of activists who demanded action when the government didn't step up.

"It's still a fight, but it was a big fight back then," he says. "There was an under-response on the part of the government in the '80s, and we had to have activists move the ball forward."

He cites groups like the AIDS Coalition to Unleash Power (ACT UP) for their work getting the attention of the federal government and advocating for the development of effective medications, saying, "For the rights of people living with HIV, it was necessary to have activism."

He also shares that the willingness to speak openly about the virus has contributed hugely to getting people the treatment they need.

"It was a mysterious virus [in the '80s] and people didn't have information about it," he recalls. "The CDC was relatively quiet ... they'd issue reports to doctors, but no one was speaking to the people. There were no talking heads on the TV talking about it every day."

How the disease was spread was also a major mystery at the time, causing a severe amount of fear-mongering that still exists in some capacity today.

"There was controversy: Is HIV spread by kissing, by sharing the same water glass, by doing your laundry in the same washer with somebody who has HIV?," Gottlieb describes the conversations surrounding the disease at the time. "AIDS Project Los Angeles was started primarily as a hotline in the early '80s to answer these questions, or to at least to respond and give the best answer you could, even though you didn't absolutely know all the facts."

It was years before the HIV test was developed in the mid-'80s, and until then, Gottlieb says it was thought of as a fatal disease that was going to progress inevitably. Doctors were telling patients to get their lives in order and make arrangements for their passing. Because there was no way to definitively diagnose who had HIV, doctors were only seeing the most critically ill people who had AIDS, until the test revealed how many people actually were living with HIV, and could determine protocols for living with the disease (rather than preparing to die from it).

Now, million of people in the world are living long, healthy lives with HIV as a result of breakthrough medications and treatment methods. But as Gottlieb makes clear, there is still a lot of work to do when it comes to educating people about these options, as well as making them more accessible, so that we can get to a place of controlling the disease's spread.

"We're still probably in the range of 60 or 70% of people living with HIV, nationally, that have an undetectable viral load," he says about the amount of HIV-positive people actively undergoing treatment to remain undetectable. "There's a lot of work to do, in terms of education, to help people take their medication more effectively. There are new strategies with injectable therapies, where people can get a shot once a month or every two months, to keep their viral load undetectable. We need to get this technology out to everybody."

Gottlieb stresses the significance of making these treatments more available on a worldwide scale so that the rest of the globe can get to the same undetectable level as the United States. The fight is still in the trenches to gain equality in the distribution of health resources, an age-old problem that extends far beyond HIV/AIDS: "In other words, HIV treatment is not just treatment for the individual, it's treatment for the community. It minimizes the spread of HIV in a community."

Now, it's clear that getting a diagnosis of HIV doesn't have to mean a huge impact on your life.

"The public sees people with HIV living comfortably, completing their educations, working, doing well in the workplace, marrying, adopting and having biological children of their own," Gottlieb says, illustrating how destigmatized the condition has become. "For me, it's been a remarkable experience working as a doctor with a condition that was fatal at one time, that is now something that's compatible with a normal length of life."

GMA Producer Tony Morrison on Going Public About Living with HIV: 'My Diagnosis Doesn't Define Me'

Working with patients dealing with HIV/AIDS has been fraught with challenges, but now Gottlieb calls it a positive experience and confesses that he couldn't imagine working in any other area of medicine. "It's a good feeling about having worked with patients for a very long time," he says. "I get a lot of hugs in the office from patients, I get letters from mothers thanking me for helping their son or daughter survive. The vibe is very, very upbeat."

"People today who say things like, 'You saved my life," Gottlieb says. "I have to remind them that it started with the activists, and it started with the scientists, and the people who developed the medications that I prescribe, that allow people to have more full and normal lives today." 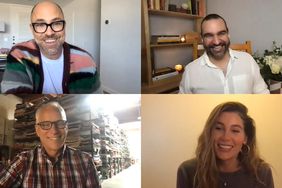 Javier Muñoz, Trace Lysette and Others Talk About the LGBTQ Community and Perceptions of HIV/AIDS 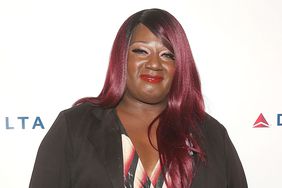 What Does Transgender Activist Chandi Moore Have in Common with Elizabeth Taylor?