'Make It Happen!': Hilary Swank Shows Off Her Workout Moves for Toned Arms on Instagram

Swank posted a video of herself in a gym lifting low-weighted barbels on Saturday. Wearing gym shorts, a black tank-top and Nike sneakers, the actress propped her back against an exercise ball and worked her arms to the Tag Team song, “Whoop There it Is.”

“Whoomp there it is! #Focused #FitnessFriday #MakeAChoice#MakeItHappen#WhatsYourMissionStatement.”

The 42-year-old actress is no stranger to the gym. During her three months of intense training for Million Dollar Baby, the actress reportedly gained 19 lbs. of muscle.

A quick scroll through the two-time Academy Academy winner’s Instagram page also reveals that the actress has been spending time in Europe this year. Last week she posted a photo of herself at the U2 concert in Rome with the caption, “#WhenInRome… Go to @u2! ✌🏼#U2JoshuaTree2017.” U2 is currently on their 2017 Joshua Tree Tour.

FROM PEN: Check Out Kat Graham’s Beaded Camp Shirt From ‘The Parent Trap’

Back in February, the actress told Architectural Digest that she had been spending time in Paris because of a romantic fling, but when that ended, she continued to spend time at her chic Left Bank home.

“I fell in love with Paris,” she says. “It’s more beauty than your eyes can even imagine, every which way you look.” 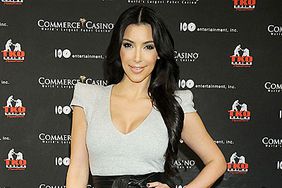 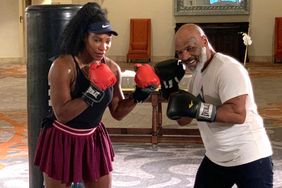 Two Greats! Serena Williams Gets Boxing Lessons from Mike Tyson: 'She Has Some Power'