Hayley Hubbard is happy to leave her breast implants and the anxiety that comes with them behind.

The podcast host and wife of Florida Georgia Line's Tyler Hubbard had her breast implants removed in February, and one month into her recovery she wanted to share her experience because "it seems to be a hot topic."

Hubbard, 33, explained that she wanted them removed out of concerns about the uptick in breast implant illnesses (BII), a newly emerging syndrome that is occurring in people with implants and can cause symptoms ranging from chronic fatigue to breathing problems to depression and hair loss, among others.

"I got mine removed because I had a textured gummy bear silicone implant, which they are not putting in people's bodies anymore," she said on her Instagram Story on Wednesday. "At the time when I got mine they were the latest, the greatest, the most natural ever. Now they're not. So that's why I was just like, I want to get them out."

The mom to sons Atlas Roy, 5 months, and Luca Reed, 18 months, and daughter Olivia Rose, 3, said that she wasn't sure if her implants were impacting her health, but she didn't want to take the risk.

"I don't know that I was feeling badly; I've been pregnant for three years, so it could've been a number of things," she said. "But just the anxiety of having them in my body was not worth it, and I wanted a more natural look."

After getting her implants out, Hubbard's doctors performed a fat transfer and took fat from another part of her body and put it into her breasts, "which I love," she said. "It looks super natural."

Hubbard said that it was "convenient timing," after three straight pregnancies, to do the fat transfer, but it was more intense than she expected.

"I highly recommend it, if it is for you. And it did hurt quite a bit, the fat transfer hurt a lot, actually," she said. "The implant removal was not painful, I mean it was for a couple days, but all in all it was what I expected. The fat transfer was a lot more than I expected."

RELATED VIDEO: Kayla Lochte Has Her Breast Implants Removed After They Made Her Sick: 'I Was Drowning'

Hubbard thanked her surgeon, Dr. Sheila Nazarian, and encouraged other people who are considering explant surgery to talk to their doctor.

"I just recommend talking with your doctor, if it's something that you're interested in," she said. "I'm still learning a lot about breast implant illness. Again, I did mine because I was just being proactive and wanted to get ahead of it."

Hubbard first shared that she had her breast implants removed in a belated Valentine's Day Instagram post, where she thanked Tyler for his support.

"Our actual Valentine's Day looked a little different than usual for us since I was recovering from surgery and the removal of my implants," she wrote on Feb. 16. "It may not have looked romantic this year to most. It was messy and not so pretty but I was right where I needed to be with the person I love most and that's all that mattered." 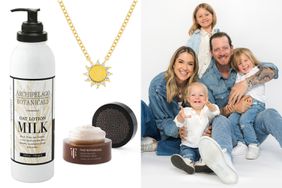 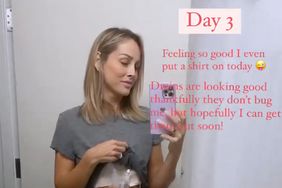 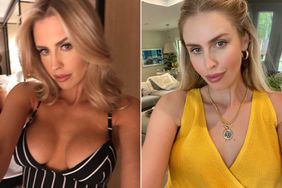 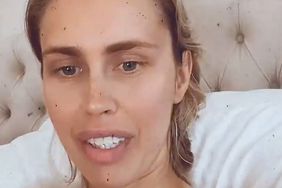