"It's been a long year of barely any alcohol," Gwyneth Paltrow said of going mostly without it since having COVID-19

Gwyneth Paltrow has found a new outlook on her health after a bout with COVID-19 last year.

The Academy Award winner, 49, said she "started to feel so good" after she stopped drinking alcohol at her doctor's recommendation, as she appeared Thursday on the Dear Chelsea podcast.

"It's been a long year of barely any alcohol, I mean I've had a sip here and there but very rarely," she told host Chelsea Handler.

"You know me, I love a drink, I love the ritual of it, and I love to sit down and have one and chat. I love the taste of alcohol, like, I love whiskey and wine and, whatever, vodka. I'll take it all," Paltrow added. "But I think what happened was, having gotten COVID and having felt like s—, or like having had long COVID stuff for a while, I just didn't feel vibrant."

Paltrow revealed in February that she "had COVID-19 early on," before she turned to functional medicine practitioner Dr. Will Cole, who put her on a diet that doesn't allow sugar or alcohol.

"I didn't feel good, and I had really high inflammation levels and the doctor was like, 'Look, you really need to clean up your act. You gotta, at least for three months, no alcohol, no grains, no sugar, nothing processed,' everything like that," Paltrow recounted on Dear Chelsea.

Paltrow has also said that her wine and comfort food "were getting me through" the COVID-19 pandemic, during which she gained 14 pounds. Although, she credited Dr. Cole for subsequently helping her lose 11 pounds.

RELATED VIDEO: Gwyneth Paltrow Says She's Still "In the Honeymoon Phase" with Husband Brad Falchuk: "A Second Marriage Can Be a Beautiful Gift"

"And so I kind of begrudgingly did it, and then I just started to feel so good. And I don't know, I'm not going to do it forever, but I think 2021 has been about me trying to value my health and wellness a little bit more because, especially during COVID, I was just eating whatever, drinking seven nights a week. And it's been really interesting. I sleep so much better with no alcohol, it's wild," she explained.

The Politician actress previously noted on PEOPLE (the TV Show!) that although she's continued to experience "a bit of fatigue and brain fog," she and husband Brad Falchuk have continued to improve their health.

"But there's so many people who are going through it and we're getting better all the time," Paltrow said in March. 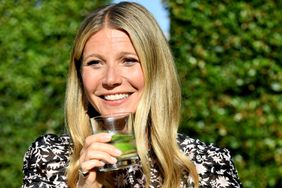 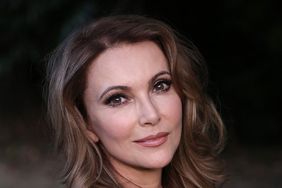 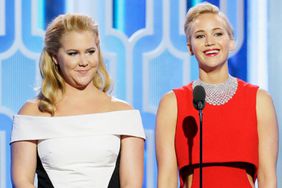 Jennifer Lawrence Assumed Friend Amy Schumer's Liposuction 'Would Be a Secret ... and Then It Wasn't!'