The Grey's Anatomy star opens up about her daughter's scary, dramatic weight loss due to rare vomiting disorder

When Chandra Wilson exclusively opened up to PEOPLE about her daughter Sarina McFarlane’s rare vomiting disorder, the Grey’s Anatomy star willingly shared one of the most terrifying side effects she witnessed.

At 16 years old, McFarlane began experiencing symptoms similar to that of food poisoning. However, as the symptoms became repetitive and more painful — and as the side effects of her disorder began to take a toll on Sarina physically, mother and daughter realized they could no longer ignore the problem.

When Sarina first began to have bouts of prolonged, uncontrollable vomiting, Wilson reveals her daughter weighed 100 lbs. “And then she went down to about 70 lbs.,” the actress, 47, tells PEOPLE in this week’s issue. “That was scary to watch. Then, once the meds were introduced, she went completely in the other direction. There’s no rhyme or reason to it. It’s the strangest illness, but it can be incredibly debilitating.”

She continues, “She would get these terrible bouts of vomiting and stabbing abdominal pains. I thought, ‘This was crazy.’ Something was wrong with my daughter, and nobody could tell me what it was.”

McFarlane admits she was “scared, frustrated and depressed” during the months leading to her diagnosis.

“People in high school thought I was throwing up because I was trying to lose weight,” she says.

After 10 frustrating months of unanswered questions and endless hospital visits due to dehydration, McFarlane was finally diagnosed with mitochondrial dysfunction (severe depletion of the body’s cellular energy supply) and cyclic vomiting syndrome (CVS), a rare disorder that presents with random attacks of committing, nausea, and extreme exhaustion, in 2010.

Now McFarlane is 23, and Wilson says her role has shifted a bit when it comes to her daughter’s care.

“My job as an advocate now that she’s an adult, is just to kind of double check in on the medical protocol to make sure she’s okay and I follow her lead with it,” she says. “I don’t want to be the person where every time she calls I’m like, ‘Did you take your meds?’ That would just be annoying, but I do kind of do that!”

Though McFarlane, who is studying screenwriting at Cal State Northridge, says she is no longer allowing her diagnosis to negatively affect her life, she admits that there were times she just couldn’t help it.

“When it comes to school, it can throw me off in a really horrible way,” McFarlane admits. “There was one semester where I had to take every class over because I missed so much. Last semester, I just didn’t let that happen. Every time I woke up in the hospital and I felt okay, I wrote a script. Every time I was awake, I studied for another class. I just made sure that I studied.”

“I could be sad about it,” she says, “but it’s going to come back anyway.” 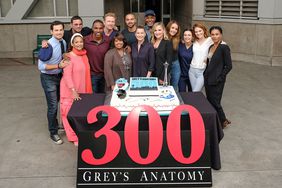