6-Year Glioblastoma Survivor Reflects on His Rare Journey: 'I Live Life to the Fullest'

When Greg Link dove into a pool six years ago, he didn't expect his life would change once he emerged.

"Sometimes I'll go for long dives, but this time, one of my friends felt something wasn't right,'" the 49-year-old recalls to PEOPLE. "They checked on me and saw my eyes were open. They pulled me out and called the fire department, and I just remember them asking me questions like 'Who's the president?' and all that kind of stuff, and took me to the hospital."

Doctors at Stony Brook Southampton Hospital learned a tumor the size of a "lima bean" was growing inside his brain and caused Link to experience a seizure while he was underwater. An operation to remove the mass revealed Link had Glioblastoma, a rare form of terminal cancer that kills more than 10,000 Americans a year, according to the National Brain Tumor Society. It is the same type of cancer that killed Sen. John McCain in August 2018.

"It was just totally shocking because I don't have any history of cancer in my family — I never even thought that was something I would have," Link says. "I literally went to Riverside Park in New York and just walked on the boat basin, and was just shocked. I thought, "F—k, I'm going to die.'"

Glioblastoma, also known as GBM, has no known cure. Standard treatment involves surgery to remove the tumor (if possible), followed by radiation and chemotherapy. There are also a number of clinical trials available, but some may be "blinded," meaning the recipient does not know if they received an actual drug versus a placebo.

"I did the Temodar [a type of chemotherapy] for two years," Link says. "I did the radiation for six weeks, and then I pretty much went back to my normal life except I would do an MRI every two months. Then, after two years, that changed to every three months."

Link turned out to be a rarity in the world of GBM — a vast majority of patients lose their battles just over a year after diagnosis and the five-year survival rate for patients is only 6.8 percent. Link passed six years since his diagnosis in June.

"I mean, I feel blessed. I feel lucky. There's no doubt," he says. "I have had a number of friends of mine that have been affected by it — one, who I met through this whole situation, is about to go into hospice. Another friend of mine passed probably like six months ago."

"I think the most important thing for me, as far as how I've treated this is, is staying positive, staying stress-free, eating healthy, eating clean, working out, keeping my immune system strong," Link adds. "My perspective on life is pretty much to appreciate every day, live life to its fullest."

For the second annual GBM Awareness Day, recognized on July 22, Link is hoping to offer help to those fighting the disease by letting them know of support groups — like Head for the Cure and the National Brain Tumor Society — that have proven useful for him.

"It's a very scary experience. I think when I was first diagnosed, I wished there was some kind of camp or concierge because there's really no community or guidelines for this," says Link, an advocate for Voices Against Brain Cancer. "But there are great resources for people that want to get connected to the best hospitals, clinical trials and treatments."

"That's what GBM Awareness Day is all about," he adds. "Reaching out to the community and saying we're here for people and can be a great resource to help them get through this." 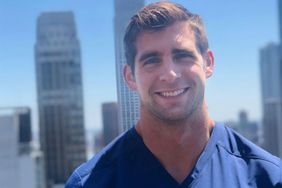 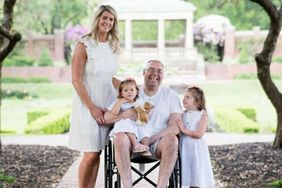