Yeming Shen was eventually found by his roommate

A college student who called 911 for help has tragically died of the flu before he was found by his rescuers.

Yeming Shen — a 28-year-old who was studying Rensselaer Polytechnic Institute in Troy, New York — passed away from influenza on Feb. 10, the Rensselaer County Health Department said in a statement.

Officers and firefighters were sent out to a City Station apartment complex shortly after 11:05 a.m. following a garbled 911 call made by the graduate student, Troy Police Department confirmed to PEOPLE. However, authorities were unable to pinpoint the caller’s exact location and a search of the area was conducted.

Investigators spent 45 minutes looking for Shen before the search was called off, according to the Associated Press.

Shen was found by his roommate six hours later, the news agency reported.

Dispatchers were not able to precisely locate Shen’s location because emergency dispatch systems still have trouble fixing onto the exact position from which cellphone users make calls, according to Times Union. While landlines usually allow dispatchers to see who is calling through their address, cellphone calls are harder to trace and data from cell towers often cannot reveal a caller’s exact location.

The local newspaper reported that Shen’s call was hard to decipher and line went dead before dispatchers could learn the caller’s identity.

Following an autopsy, investigators determined that Shen had influenza A — a type of flu that “comes on very sudden and severe,” Mary Fran Wachunas, the county’s public health director, told Times Union.

“What happened this year was flu came in quite early and when it comes in early it does sometimes divide and mutate and so we have a couple strains circulating right now,” she said.

Shen was described as a hard-working PhD student who had “tremendous impact” on Rensselaer Polytechnic Institute in a letter written to the school paper, The Polytechnic, on Wednesday.

“He used his tremendous mathematical mind to help create new methods to disrupt the networks of transnational criminal organizations, a truly noble cause,” associate professor Thomas Sharkey wrote of Shen. “In addition, his methodological innovations have laid the groundwork to potentially help disrupt networks that are trafficking humans. Simply put, I believe that the legacy of his research is that it will make the world a better place.”

“He was closing in on finishing a third paper but his meticulous and independent nature had him continually refining his methods to improve their performance–which is exactly what you would want from a PhD student,” Shakey continued. “We are fortunate to have had him as a member of our department and university.” 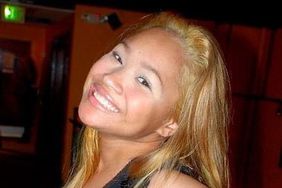 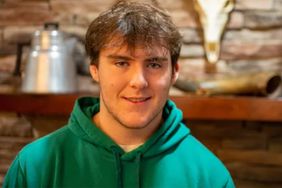