Tyler, who played Gunther on the hit show, was diagnosed with prostate cancer in Sept. 2018

Tyler, who played Central Perk barista Gunther on the hit show, revealed his diagnosis for the first time on Monday, nearly three years into his treatment.

"I've been dealing with that diagnosis for almost the past three years. ... It's stage 4 [now], late-stage cancer. So eventually, you know, it's gonna probably get me," the 59-year-old actor said on Today.

Friends Actor James Michael Tyler Reveals He Has Stage 4 Prostate Cancer: 'It's Gonna Probably Get Me'

But despite going "through some rough times," Tyler's manager and friend, Toni Benson, tells PEOPLE, "he wants to live."

"He's going to fight this," she says. "Lately he's been having amazing days. He's done his second round of chemo and so far he is doing really well. And he's hopeful it will be effective."

Tyler explained Monday that after his Sept. 2018 diagnosis, he went on a hormone therapy that "worked amazingly" for about a year. But "right at the time of the pandemic," the cancer "progressed" through his body into his spine, and left him paralyzed in his lower body.

And she's optimistic that Tyler has more life to live.

"He has the most amazing attitude," Benson says. "I don't think he's going anywhere for a long time."

Benson added that "besides his wife, his main focus is changing people's lives" by raising awareness of prostate cancer.

"It's so important to be checked and he wants to spread the word," she said of Tyler. "He's feeling very positive."

Tyler emphasized on Today that prostate cancer is "easily treatable" if it's caught early.

"I don't want people to have to go through what I've been going through," he said. "This is not … an easy process."

He later added: "It's made me, personally, just realize how important every moment is, every day. And fighting. Don't give up. Keep fighting. Keep yourself as light as possible. And have goals. Set goals." 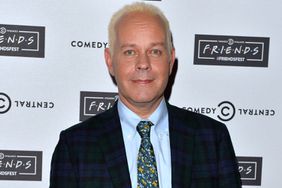 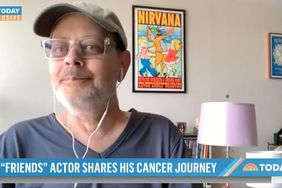 'Friends' Actor James Michael Tyler Reveals He Has Stage 4 Prostate Cancer: 'It's Gonna Probably Get Me'