Anna Victoria is on the mend after undergoing an egg retrieval as part of her IVF treatments — but she’s still dealing with intense bloating and pain days later.

The fitness influencer, 31, had a successful egg retrieval on Sept. 22 that will hopefully help her and her husband conceive a baby. And while Victoria is getting better, she said Tuesday that the recovery process has been more difficult than she expected.

The trainer posted a selfie on Instagram of her bloating.

“First, I want to preface this by saying that when I took this photo, I didn’t realize how much of a prego pose this was. So no, this isn’t what it seems,” she said. “This is actually the bloating that lasted 5 solid DAYS from the egg retrieval. 😳 A part of me isn’t sure what was more painful, the procedure itself, or the bloating that resulted from it 😣 The answer is probably both.”

“I know it doesn’t look that bad, but it felt a lot worse than it looked,” she said. “I couldn’t sit or stand or even move for the first three days without wincing in pain or bracing myself. I’m used to having a really high pain tolerance and battling through, but this really knocked me on my booty.”

Victoria and her husband have been struggling with infertility for nearly two years. After trying to conceive naturally, they decided to move forward with IVF treatments, and hope to implant fertilized embryos in Victoria towards the end of the year.

The trainer, who has always been known for sharing an honest, unfiltered look at her life, decided to talk about the egg retrieval process for a fellow influencer’s campaign about social media and mental health.

“There have been so many physical, mental, and emotional ups and downs this last year. And while I’m resilient AF, I’m not going to pretend it’s been easy, and I don’t want to pretend,” Victoria wrote.

“When @sophiegray reached out to ask if I wanted to be a part of her #whatimgoingthru campaign, which is a response to the mental health epidemic that has been accelerated by social media, of course I said YES, YES, YES.”

“I’ve felt it. Many of us have felt it. And it scares me that the younger generations have and will feel it, too,” she continued. “While there’s nothing wrong with highlighting our best moments on insta, it’s important to talk about our struggles, too.”

Victoria established a following in 2017 after she posted photos of a different kind of bloating from a big meal. She later said that she did it for “transparency,” and was amazed by how many people thanked her for sharing honest photos.

“If all I have to do to help so many overcome such serious internal battles is to share a photo of myself sitting with a few belly rolls, it’s the least I can do,” she said. 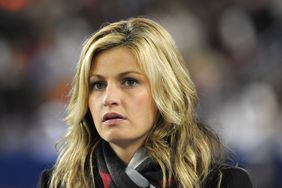