In the ad, Lydia Hearst portrays a glamorous mother decked out in fancy jewels, with a baby latched to each breast

A bold new Equinox ad shows a woman breastfeeding twins in the middle of a restaurant as part of the luxury fitness club’s “Commit to Something” campaign.

In the ad shot by fashion photographer Steven Klein, Lydia Hearst portrays a glamorous mother decked out in fancy jewels, with a baby latched to each breast.

“Equinox is about commitment – we are obsessed with it, and we challenge our members to know who they are and what they want,” Carlos Becil, Equinox Chief Marketing Officer, said in a press release. “The concept of commitment is bold, incredibly powerful, and it’s real, especially in a world today where commitment is lacking.”

RELATED: Nursing or Not? Moms Talk About the Pressure to Breastfeed

The breastfeeding ad is one of seven that comprise the campaign, each of which shows its own vignette. Other ads portray an activist fighting for her cause, and a male cheerleader who is bucking stereotypes.

“It is the responsibility of advertising to communicate modern times and social issues,” Klein said in the release. “This campaign addresses today’s issues and social commentaries, which is a powerful approach, instead of portraying people as superficial objects with no narrative.” 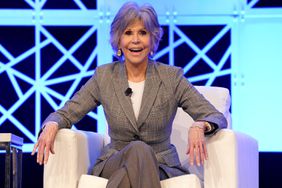